Solicitor fined over actions when receiving legacies from clients 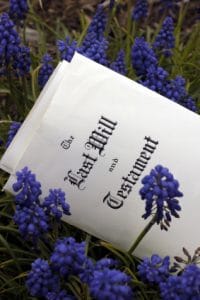 An experienced solicitor has been fined £7,500 over misconduct in relation to clients who left him gifts in their wills, including a house that later sold for £478,000.

However, Piers Matthew Beach was not found to have acted dishonestly or without integrity.

The ruling of the Solicitors Disciplinary Tribunal (SDT) may have wider ramifications as it found that ‘independent advice’ given to a client in these circumstances need not always be given by a lawyer.

Most of the allegations related to an elderly client, called ‘IP’ in the ruling, who in a sixth and final version of her will made just before she died left the property to the solicitor.

Mr Beach, 72, was at the time sole principal of Wills Chandler Beach in Hook, Hampshire. The Solicitors Regulation Authority (SRA) intervened in the firm in 2017.

IP gave him £10,000 in the first version of her will, for which he advised that she take independent legal advice. It was the same with another client who put a legacy for him in the will. There was no suggestion that Mr Beach put pressure on either to leave him money.

However, he asked respectively a young solicitor and a consultant legal executive working in his own firm to give the advice.

The tribunal found that they had given “robust, independent advice” and Mr Beach genuinely believed it was appropriate and independent.

“The tribunal did not consider that there was a specific formula for independence [but] in the case of substantial gifts from testator clients to a solicitor who was the owner and sole manager of a practice, the tribunal did not consider that advice from a relatively junior recently qualified employee or a consultant who had a significant financial interest in work completed for the practice could be said to be sufficiently independent.”

Mr Beach was also charged with failing to tell IP to take independent legal advice in the subsequent four iterations of her will, which included the same gift until it was increased to £20,000 in the fifth version. The estate was worth £1.7m.

Mr Beach said he did not think it was necessary to repeat the advice when the sum was the same, and the tribunal agreed that, but for the fact that it had found the advice was not actually independent, this would have been a “comprehensible and reasonable” position.

But as the advice was not independent, he had acted where there was an own-client conflict.

Mr Beach described the failure to repeat the advice when the legacy was increased as an “oversight” caused by his focus on other pressing issues with IP at the time. The tribunal accepted this but again it meant he acted when there was an own-client conflict.

In the sixth version of IP’s will, made four days before she died, she additionally left Mr Beach the house.

In this instance, he did arrange for her to receive advice from another solicitor, who asked for an independent assessment of her mental capacity before acting.

Though the solicitor thought IP just about had capacity to make the will that day, the doctor did not.

Two days later, Mr Beach arranged for another doctor to examine her, who found that she then had capacity. The will was made.

That doctor’s evidence was not challenged before the tribunal, which found the fact IP’s capacity was in doubt two days earlier did not alter the evidence available to the second doctor – who was aware both of that finding and of the changes IP wanted to make to her will.

The SDT accepted that Mr Beach’s urgency in arranging the second assessment was motivated by IP’s health and “a desire to give effect to her wishes rather than personal gain”. It dismissed the allegation that he had acted inappropriately in this instance.

It also cleared him of failing to ensure that IP received independent advice on the day the will was made. The other solicitor was not called in, but the doctor discussed with IP the legacy she was planning to give Mr Beach.

The tribunal concluded that rules on whether ‘independent advice’ had to be legal in nature were unclear.

Here the doctor had gone beyond an assessment of capacity and asked the type of detailed questions that the tribunal said it would expect anyone giving independent advice to ask.

As a doctor who was familiar with capacity issues in elderly people and who knew IP, she was “an appropriate person to provide the requisite independent advice”, it decided.

The SDT said there would clearly be circumstances in which the professional obligations on a solicitor meant that advice from a legal professional would be “prudent and appropriate”, but it was not persuaded that this must always be the case.

It continued: “There may be instances when independent advice from an accountant or other specialist may be appropriate.

“Provided the individual was genuinely independent from the solicitor in question, and the advice was from someone qualified to provide it and addressed all relevant considerations, the tribunal was satisfied that the requisite independent advice could be provided by a non-lawyer in some situations.”

Subsequently, the charities that were residual beneficiaries challenged IP’s sixth will. The case settled after mediation with Mr Beach making a payment to them, but the agreement included a clause that required the charities not to make any further complaints about his conduct.

Mr Beach admitted that this “improperly fettered” the discretion of the charities to report matters to the SRA or Legal Ombudsman, which was against the rules, although he pointed out that the solicitors and counsel who advised him to include the provision had not thought it inappropriate.

The SDT said the admission was properly made, but accepted that “a solicitor of integrity may assume that specialist legal advice he had received would not breach his professional obligations”.

In mitigation, Mr Beach submitted he had 38 years of experience and had no disciplinary history. He was contrite for the breaches he had committed.

He referred to a witness statement made by a carer that said he had been “more like a son” to IP.

While the “failure to ensure that clients who propose to give gifts to a solicitor take independent advice was serious”, the tribunal considered he had made “an honest mistake” and his culpability was “relatively low”, as was any harm caused by his actions.

Although his misconduct was repeated, no loss had been caused. He had shown insight and been cooperative.

A fine was appropriate in the absence of integrity or dishonesty issues, the tribunal decided.

The prosecution had asked for costs of over £50,000, which the tribunal considered “excessive” in some respects, and said the documents the SRA had presented had contained errors.