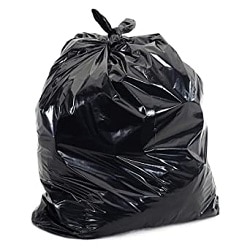 A solicitor who failed to supervise a caseworker he wrongly thought to be a barrister and also fly tipped legal documents containing client information has been fined.

Trevor Nicholas Senkatuka failed to report the breach of confidentiality caused by the fly tipping to the Information Commissioner’s Office and the Solicitors Regulation Authority (SRA).

A sole practitioner of Windsor Croft in Essex, which closed on 28 December 2018, he was fined £2,000 – the most the SRA could impose without referring him to a disciplinary tribunal – and ordered to pay costs of £600.

According to an SRA notice published on Friday, Mr Senkatuka failed to properly supervise a caseworker, Mr Mashate, whom he wrongly believed to be a barrister. This was based Mr Mashate’s CV and a letter which purported to be from Lincoln’s Inn, but more on the fact that he had known Mr Mashate for 10 years.

Mr Senkatuka admitted that he should have done more to investigate Mr Mashate’s credentials.

The claim the caseworker drafted for client Ms Y was “procedurally flawed to the point where it could not be corrected”, as a result of which the claim was struck out and she was ordered to pay the defendant’s costs. The firm paid the costs order on her behalf.

However, Mr Senkatuka told Ms Y that her claim had failed because she had insisted on continuing with Mr Mashate, and because a third-party barrister failed to attend court. He asked Ms Yousif to repay the firm for the costs order and did not accept any blame on the part of the firm.

The SRA said: “This suggests a failure on Mr Senkatuka’s part to deal with Ms Yousif’s complaint in an open and fair manner. In his response he appeared to put the firm’s own interest in limiting liability above the best interests of the client.” This breached SRA principles.

Mr Senkatuka said that he only supervised Mr Mashate once a month and this was insufficient, the regulator said.

The local council fined Windsor Croft for leaving rubbish on the pavement outside of its offices and the council workers who collected the bags took photographs of private client information.

The SRA said: “The public would not expect a solicitor to put client information at risk in this way, and such a failure in data management is likely to impact public trust in the provision of legal services.

“The public expect their private information to be treated in the utmost confidence by the profession.”

The SRA also found that Mr Senkatuka failed to close the firm in an orderly manner: he failed to obtain run-off insurance cover, did not pay his insurers for the extended indemnity or cessation period, and did not tell the SRA about the closure of the firm until after the event.

He has not provided any details about the client files he holds in storage or where they are. It was not clear, the SRA said, that clients would be able to contact Mr Senkatuka in the event they needed their files.

The decision does not explain why the SRA considered a fine sufficient, rather than referral to a tribunal, especially as it said “the nature and impact of the conduct” placed Mr Senkatuka within the £1,001 to £5,000 bracket for financial penalties under the SRA’s sanctions guidance.

“This is without consideration of any aggravating or mitigating factors. However, as Mr Senkatuka is a solicitor who was trading as a registered sole practice, the maximum penalty I can impose is £2,000.”

The nature of the misconduct was significant, the SRA said: “After some initial correspondence, Mr Senkatuka failed to co-operate with the investigation. His behaviour demonstrated a continuing pattern of misconduct in failing to supervise an employee, allowing client information to be put at risk, and failing to close the firm in an orderly manner.”

But the impact was less so: “Although Mr Senkatuka’s actions had a risk of significant harm, the actual loss suffered was minimal.”

The SRA concluded that a financial penalty was “an effective regulatory and disciplinary outcome, which is sufficient to benefit and protect clients and the public, uphold public confidence in the profession and maintain professional standards”.