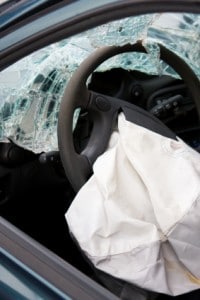 A solicitor who broke the personal injury referral fee ban by paying an unlicensed claims management company (CMC) over £200,000 in only six months has been fined £5,000 by the Solicitors Disciplinary Tribunal (SDT).

The tribunal found that Maneer Ahmed Ghani, a consultant at KG Solicitors in Blackburn, “ought to have known” that he was breaking the rules.

It is the second time Mr Ghani has fallen foul of the ban; he was rebuked by the Solicitors Regulation Authority (SRA) three years ago for paying referral fees to an unlicensed CMC.

However, as this was not a tribunal decision, it was not mentioned in the latest ruling and the SDT said last month that Mr Ghani had an “unblemished record”.

The SDT found that Mr Ghani’s misconduct arose from a “lack of appropriate thought”, with the result that between up to £216,000 was paid to Legal Claims Helpline Ltd (LCH) when it should not have been, in return for 378 claims received.

However, the tribunal rejected allegations that the solicitor had shown a lack of integrity or had been dishonest.

The tribunal said there was “a degree of muddle” in the evidence provided by the COLP of KG Solicitors, Ronald Shipley, and it was “not encouraging that it had been necessary for him to correct a series of material errors at the start of his evidence”.

The SDT said Mr Shipley “had a ‘broad brush’ approach”, his approval processes for CMCs were “of a surprisingly light touch” and it was “difficult to have confidence in his recollection of events”.

The tribunal “had no doubt that there had been a lack of attention and care and checking mechanisms within the firm” and “once a CMC was deemed exempt, that was the end of it”.

The Claims Management Regulator exempts small-scale introducers from its rules where the activity is incidental to their main business; they can only refer 25 cases every quarter.

The SDT held that it “could not be certain” that Mr Ghani knew that the referrals received from LCH were over the limit for exempt CMCs.

Although “alarm bells should have been ringing” for him within a month, “the mistakes made by his COLP also fed into that mistake”.

Mr Ghani was born in 1986, admitted in 2012, and employed as a consultant at KG Solicitors, where he worked as manager of a team handling road traffic accident claims.

Mr Shipley said he was unaware of the situation until the day he made the report.

Mr Shipley said LCH told him it was applying to the Ministry of Justice for a licence and he agreed with Mr Ghani that the law firm could accept claims before that time “on an exempt basis”.

LCH transferred potential clients to KG Solicitors via a ‘hotkey’, for a fee of £550 per claim.

The tribunal found that Mr Ghani knew that LCH was unauthorised and “ought to have known” that it was not exempt.

Mr Ghani admitted breaching principle 8 (carrying out your role in a business effectively) and outcome 7.3 (monitoring and managing risks to compliance).

On dishonesty, the SDT said: “The turning of a blind eye would require the tribunal to find some intention to deliberately turn away. It had not done so and therefore the tribunal did not find that the respondent’s conduct would be considered dishonest by the standards of ordinary decent people.”

Describing the misconduct as “moderately serious”, the SDT fined Mr Ghani £5,000 and ordered him to pay costs of £7,600.

The tribunal reduced the costs applied for by the SRA by 40%, reflecting “the fact that the most serious allegations had not been proved”.