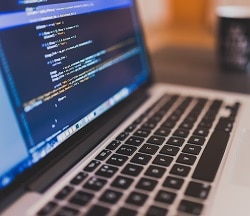 A solicitor who bombarded a work colleague with “deeply offensive” and racist messages has been fined £5,000 after a tribunal found that a reduction in the medication he was on led to the misconduct.

It did not accept the Solicitors Regulation Authority’s argument that Robert Michael Ashurst had a duty to maintain his health and ensure the messages were not sent.

“It was quite clear to the tribunal that [his] health condition had prevented him from acknowledging he was relapsing and therefore it would not have been possible for him to appreciate he needed to take steps to address this,” the Solicitors Disciplinary Tribunal (SDT) said.

Mr Ashurst, born in 1984 and admitted in 2012, was working as a paralegal at the General Medical Council (GMC) at the time and sent the messages to another paralegal through its instant messaging service over a period of nearly four months.

The ruling detailed some of the messages sent, which included offensive comments about Jews, the Irish, women and gay people, and the other paralegal’s Chinese heritage.

“Even when Mr X made it clear to the respondent that the contents of his message were inappropriate, the respondent continued to send offensive, abusive and discriminatory messages… The messages demonstrated the persistent and unrelenting nature of the abuse,” the tribunal recorded.

Mr Ashurst had been diagnosed with a medical condition in 2013, the nature of which was disclosed in private to the tribunal, but at the time the messages were sent, his medication was being “significantly reduced” as a trial.

A medical report obtained by the SRA said that, while having a relapse of the kind Mr Ashurst suffered, “a person starts to become less inhibited by social norms and professional boundaries… It is also likely for such a person to start using language or behave in a way that they would normally consider as inappropriate and not keeping within their usual conduct or manners”.

Mr Ashurst told the tribunal that he was “shocked” at the messages he had sent, which he did not recall, and had apologised to Mr X.

The SDT also heard evidence from his father, who considered the decision to reduce Mr Ashurst’s medication was wrong and said he did not recognise the person who had sent the emails to be his son.

He said Mr Ashurst was now in “a much better place”, working in a small solicitors’ firm with a stable personal life. It was likely he would remain on medication indefinitely.

The SDT concluded that Mr Ashurst’s culpability was low “as the misconduct was due to [his] medical condition, over which he had no control due to the change in his medication”.

However, a fine was appropriate as his conduct had nonetheless caused harm to Mr X, the GMC and the reputation of the profession.

The tribunal made clear that, but for the medical issues, “the fine would have been substantially higher”.

It also required Mr Ashurst to provide the SRA with medical evidence every six months for the next three years confirming that he was medically fit and able to work competently as a solicitor, to avoid a recurrence of these events.