Solicitor fined for acting in conflict of interest 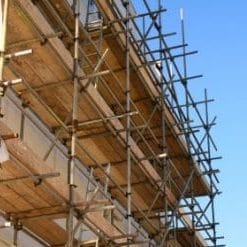 Development: Solicitor acted in a conflict

A solicitor who acted where there was a real conflict of interest and paid out almost £6m from buyer clients before they had obtained any security in the flats they were hoping to buy, has been fined for misconduct.

However, the Solicitors Disciplinary Tribunal (SDT) dismissed multiple charges of dishonesty against David Roberts, now retired, and the Solicitors Regulatory Authority (SRA) agreed that he should pay only 50% of its original costs bill of £80,000.

The tribunal said Mr Roberts, formerly owner of David Roberts Solicitors on the Wirral, admitted that payments were made before a first legal charge was registered on behalf of the buyers’ company, as had been agreed, “due to an error at his firm”.

The tribunal accepted this explanation and that Mr Roberts was not aware of the omission to register the charge when he made the payments.

“As soon as he discovered the error, he did all that he ought in order to rectify it. He also explained that he could not (and did not) release any further funds until the error was rectified”.

The SDT heard that Mr Roberts represented both the developer and buyers’ company in respect of a regeneration scheme for 790 flats.

Mr Roberts continued to act for both even after he knew that the first charge had not been registered. It was in the buyers’ interest to have it registered and in the developers’ interests to retain their existing charge.

The tribunal said at this point Mr Roberts was acting for both sides in an “actual conflict of interest”, despite the fact that the solicitor said in his evidence that the “main purpose” in setting up the buyers’ company was for it to hold the first legal charge.

To continue acting in these circumstances was both unreasonable and reckless, it said.

The SDT found that the sole practitioner had also acted where there was a significant risk of conflict in advising another developer and buyers’ company over the building of a block of flats to be funded from the deposits paid for ‘off-plan’ apartments.

He was found to have compromised his independence by making payments to developers which were “potentially adverse” to his buyers’ company client in the first case but not the second.

The tribunal dismissed the SRA’s allegations that both schemes “bore the hallmarks of dubious transactions” and that he had made improper payments of £28.7m, and rejected all allegations of dishonesty.

Another charge that Mr Roberts held funds in his firm’s client account other than in the circumstances provided for in the contracts under which it was paid to the firm was dismissed as well.

The SDT heard that Mr Roberts, admitted in 1980, was sole director of Wirral Solicitors Limited, trading as David Roberts Solicitors, until 2016 and the sole beneficial owner at all times.

His firm ceased trading in February 2018 and went into liquidation in April 2018, before being shut down by the SRA in July 2018.

Gregory Treverton-Jones QC, counsel for Mr Roberts, questioned in mitigation why the SRA “had intervened into his firm at a time when he had already closed the practice and no longer had any clients”.

The tribunal concluded that the solicitor had been motivated by a desire to “facilitate the successful conclusion of developments” – having done so in several other cases – and “had been involved in designing a regime to protect buyers’ interests, but had failed in the implementation of that scheme”.

It added: “He had also allowed his independence to be compromised. Whilst [his] actions were considered, he had not planned to commit professional misconduct.”

Although individual investors, all of whom had their own lawyers, may have lost money, that loss was not caused by the misconduct. Mr Roberts had “tried to make good the position for the buyers” and co-operated fully with the SRA investigation.