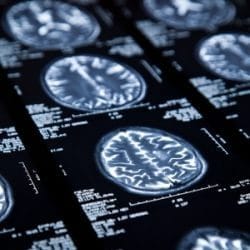 A solicitor who spent £46,600 of a disabled client’s interim payments on costs and disbursements instead of on rehabilitation, has been fined £50,000 by the Solicitors Disciplinary Tribunal (SDT).

However, the SDT ruled that Stylianos Petrou was not guilty of conduct unbefitting a solicitor by failing to offer a conditional fee agreement (CFA) to the client, who had catastrophic brain injuries.

The tribunal heard that Client D was a young Vietnamese man with “limited command of written and spoken English”. At the age of 24 he was hit by a bus as a pedestrian. His litigation friend, Mr Y, was also Vietnamese with limited English.

Client D issued proceedings and received interim payments of over £60,000 from the defendants’ solicitors, of which £36,900 was spent by Mr Petrou on disbursements, £9,700 on the Petrou Law Partnership’s costs and £15,500 sent to the client.

The SDT ruled that although Mr Petrou had not acted dishonestly by using the interim payments on the firm’s costs and disbursements – and did not obtain the court’s permission to do so, as was required with a protected party – it did not mean that no harm was caused to the client or this was a “victimless” offence.

“Whilst the tribunal could not and did not speculate as to what harm was caused by Client D, it was plain that an individual with catastrophic brain injuries would have required specialist support and assistance beyond that which could have been provided by friends and family.

“The interim payment which should have been used to assist Client D in that regard were otherwise spent on costs and disbursements.”

The SDT said it was “highly foreseeable” that the interim payments should have been spent on rehabilitation.

The tribunal rejected Mr Petrou’s argument that he had used the interim payments “to move the litigation on”, but even if it did he was “singularly unsuccessful in that regard as the claim was not settled within the 10 years that he was instructed”.

The SDT said the litigation friend was also harmed by Mr Petrou in having to seek “alternative representation” to conclude the claim.

However, the SDT ruled that Petrou had not acted dishonestly in misusing the interim payments because he genuinely, though mistakenly, believed he could use the money for costs and disbursements.

The SDT also rejected an argument put forward by the Solicitors Regulation Authority (SRA) that Mr Petrou had breached the conduct rules by not offering the client a CFA.

It said the SRA had not referred to “any authority” to support the proposition that personal injury proceedings of this nature were “ordinarily or usually funded by a CFA” at the material time – December 2004.

The tribunal said “the entirety” of the SRA’s first allegation against Mr Petrou was “predicated on the premise that compensation claims were funded by way of CFA, as opposed to privately funded, but there was no evidence to support that contention”. As a result, the allegation was dismissed on the grounds of no case to answer.

Mr Petrou was admitted in October 1997 and was one of two partners in the North London firm with his brother, Petros.

It was transferred to the High Court in July 2009 and judgment was entered in favour of Client D in May 2010.

Four years later, Mr Petrou contacted an organisation called Head First to find out what services could be provided to help Client D. By September that year, Head First was “chasing” the solicitor for interim payments to pay for services for Client D, who “had not received any professional care or therapy up until that time”.

The following month Mr Y asked the Official Solicitor to take over conduct of the case, who appointed another solicitor to act for Client D.

The SDT found that Mr Petrou had broken a number of SRA Principles, including principle 2 (acting with integrity), by misusing his client’s interim payments.

He had breached further rules by failing to provide Mr Y, the litigation friend, with any information about costs, either before or during the life of the retainer.

Mr Petrou admitted the allegations against his law firm – that it broke the accounts rules and failed to keep records written up in relation to other matters.

The tribunal said, in relation to mitigating factors, that although the misconduct relating to Client D went on for a long time, it was “in respect of one client as opposed to the breadth of his practice”.