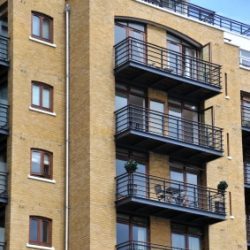 A solicitor who used his role in a collective enfranchisement process to push his son’s interests at the expense of other clients has been fined £45,000 by the Solicitors Disciplinary Tribunal (SDT).

The SDT said Gopal Krishen Gupta threatened to block the enfranchisement process unless a complaint made against him to the Solicitors Regulation Authority (SRA) was withdrawn.

The tribunal said the sole practitioner, principal of Gupta Law in north London, acted for his son and a group of other leaseholders in a collective freehold enfranchisement process.

“Motivated by the desire to protect his son’s interests”, the tribunal said Mr Gupta “applied his mind as to how to reduce the amounts AG would be due to pay for the freehold”.

The SDT went on: “His moral compass was completely wrong as regards the collective enfranchisement and his handling of that matter.

“[He] had continued to act where there was a conflict. Even after that conflict was apparent, he continued to apply pressure to his clients to reconcile matters in a way that was beneficial to his son and not the other clients.”

The tribunal said the insertion of a requirement during the negotiations that any complaint about him to the SRA was withdrawn was “entirely inappropriate, selfish and opportunistic, albeit short-lived”.

However, the SDT dismissed allegations of dishonesty against Mr Gupta on the grounds that they had not been “expressly put” to the sole practitioner during his cross-examination at the hearing.

“The tribunal determined that as dishonesty had not been fairly and squarely put to the respondent during cross-examination, no finding of dishonesty could be made.”

The tribunal heard that Mr Gupta, born in 1956 and admitted in 1980, had been a sole practitioner since 2008, based in Queen’s Park, north-west London.

Mr Gupta acted for his son in the purchase of a leasehold flat in September 2014 and obtained an offer from the freeholder of a 99-year lease extension for £45,000.

He later met one of the other leaseholders, who expressed an interest in a collective purchase of the freehold and Mr Gupta agreed not to go ahead with the lease extension.

At a meeting at the flats in October 2014, which Mr Gupta later admitted was not attended by his son, the leaseholders agreed that the solicitor would act for them in a collective enfranchisement exercise.

Early in 2016, five of the leaseholders instructed another solicitor, who complained about Mr Gupta to the SRA. The leaseholders complained that they had not been provided with the surveyor’s valuation and Mr Gupta had “taken advantage” of them.

The SDT found that Mr Gupta had acted where there was a conflict of interest, not only in failing to keep his clients informed but in that he “only promoted the interests of his son” when making representations regarding the surveyor’s valuation of the contributions of each flat to the freehold.

“The tribunal considered that the respondent failed to disclose the report in order to give himself the time needed to consolidate his son’s position, prior to the other clients being aware of the valuation.”

The SDT found that Mr Gupta had loaned money to his son to buy the flat, secured by way of a legal charge and that gave the solicitor an interest in the property.

The SDT also found that Mr Gupta had “sought improperly to impede an investigation by the SRA of a complaint” by warning that the collective enfranchisement would not complete unless the complaint was withdrawn.

However, the tribunal rejected an allegation that he provided the SRA with misleading documents, on the grounds that the witness evidence from all sides was “unreliable in its entirety”.