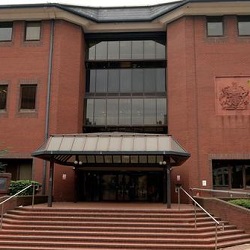 A senior solicitor convicted more than six years ago of raping a teenager is finally facing the Solicitors Disciplinary Tribunal, it emerged yesterday.

The Court of Appeal rejected his appeal against conviction in October 2018 but his case was only sent to the tribunal in February this year, according to a notice issued by the Solicitors Regulation Authority yesterday. It is understood that this was because of other legal issues.

At the time of the rape, Mr Hodge – who was founder and senior partner of Birmingham firm Stuart Hodge Corporate Lawyers – was 49, married with three young children and, the appeal court said, “a man of good character”.

Lord Justice Hickinbottom recounted: “During the course of the evening, they each consumed a large amount of alcohol. B became ‘really drunk’.

“In the early hours of the following morning, the three of them returned to the family home of A and B, where it had been pre-arranged that [he] would spend the night. A went to bed.

“[Mr Hodge] went to the kitchen to make a cup of tea for B. What happened that evening to that point was uncontentious; but, in respect of what happened next, the accounts of [Mr Hodge] and B substantially diverged.”

While B alleged that Mr Hodge had assaulted and raped her, the solicitor claimed that she had sexually assaulted him while he asleep. The jury preferred B’s account of what happened.

Passing sentence, HHJ Bond was quoted in the local press as saying: “It’s always upsetting for the courts to deal with a member of the legal profession in the dock.

“I don’t punish you for that, it simply demonstrates that a man, regardless of his background, can commit such a dreadful offence as rape.”

In his appeal, Mr Hodge claimed that the judge did not give his account equal status with B’s, but the court found nothing wrong with the directions given by the judge, “and certainly nothing that arguably might render the conviction unsafe”.