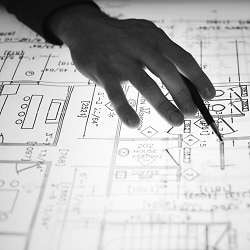 A solicitor who faked attendance notes in a failed bid to ward off a negligence claim has been struck off by the Solicitors Disciplinary Tribunal (SDT).

The High Court ordered Bradford firm Hayre & Co to pay a property developer £229,970 in damages in 2016 for mishandling the sale of part of the site by sending the Land Registry the wrong plan.

The SDT said Baljinder Hayre’s misconduct involved not only the falsification of attendance notes but also “the subsequent reliance on them” in the civil trial.

“Whilst he was relatively inexperienced, the need to avoid misrepresenting client instructions and presenting an inaccurate position to the court was so fundamental that the respondent must have been aware that his actions were unacceptable.”

The tribunal said it accepted the findings of His Honour Judge Saffman that the integrity of the attendance notes and other records relied on by the sole practitioner in the High Court had been “materially compromised”.

The SDT said the judge “had found elements of the respondent’s account to be implausible and differences in versions of attendance notes to be ‘exceedingly troubling’.”

The judge “had described the respondent’s conclusion that his client’s file had been stolen in a targeted burglary to be ‘incredible’” and said the delay in producing the file was so long it would have provided Mr Hayre with the “opportunity to add fictitious notes and letters to the file”.

The tribunal found that the developer’s account of events was accurate and “his evidence about the instructions he gave as someone with property experience was very much more persuasive than the respondent’s account which was that financially nonsensical instructions were given by his client (of which he had not obtained written confirmation)”.

The tribunal heard in SRA v Hayre that the solicitor was admitted in 2002 and was the owner and sole principal of Hayre & Co, which closed after the High Court ruling in 2016.

He was instructed by RK, on behalf of Company X, to buy a plot of land in Bradford for £1.7m. Later he was instructed to sell part of the land to NK. Bank A was the lender in both instructions. Mr Hayre acted for RK and the company, NK and the bank in both transactions.

Mr Hayre filed a plan with the Land Registry which reduced the value of the main plot of land by leaving several access points within the plot now owned by NK.

RK said he was “unable to develop the land as planned”.

The SDT found that, despite his denials, Mr Hayre had filed an incorrect plan which encumbered his client’s land, breaching the code of conduct by failing to act in the client’s best interests or provide an acceptable standard of service.

Mr Hayre was also found to have falsified file attendance notes and relied on those notes in his defence of a civil claim, showing a lack of integrity and dishonestly in doing so – allegations he denied.

He was found to have acted for Company X and NK in the land transactions where there was a conflict of interest, which he admitted.

Deciding to strike him off, the SDT concluded that Mr Hayre’s misconduct was motivated by a desire to “avoid a claim by a disgruntled client and to avoid potential disciplinary proceedings”.

On costs, the tribunal said the SRA claimed over £23,000 even though the evidence “consisted overwhelmingly of documentation reproduced from civil proceedings”.

The SDT described the 252 hours claimed by the SRA as “wholly excessive” and said it was “not assisted by the poor drafting” of the regulator’s rule 5 statement – the document that sets out the allegations and background facts – which fell “well short” of the expected standard. It reduced Mr Hayre’s costs bill to £7,650.