Solicitor who failed to provide breath test is fined 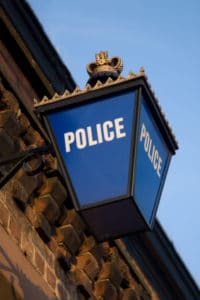 A solicitor convicted of failing to provide police with a breath test has been fined £2,500 by the Solicitors Disciplinary Tribunal (SDT).

Olufemi Olujinmi told the tribunal that professional regulation should have a “human face” and the incident should be treated as a “moment of madness”.

Arguing unsuccessfully that there was no case to answer against him, Mr Olujinmi said this was his first offence, there were no passengers in the car and he had not obstructed the police.

The SDT said the solicitor submitted that the Solicitors Regulation Authority (SRA) “had a duty to act independently, fairly and transparently and that his case was one which should not have been referred to the tribunal”.

Mr Olujinmi argued that “the regulation of professionals should have a human face” and that the SRA “had not acted as it should in these circumstances, where the respondent’s conduct had occurred due to ‘a moment of madness’.”

He self-reported his conviction for failing to provide a breath specimen under the Road Traffic Act 1988 to the SRA in March 2015. He was fined £675, ordered to pay costs and disqualified from driving for a year by Romford Magistrates Court, after pleading guilty.

In his evidence at the tribunal, Mr Olujinmi accepted that, as a solicitor, he was expected to uphold the rule of law, but was “unable to do so on this occasion” due to news of his uncle’s death.

“He had lost someone he had grown up with and was very close to, and in his grief had drank a glass of wine and then left his friend’s home without turning on the headlights of his car. This had caused the police to stop his vehicle.”

Mr Olujinmi went on: “The respondent was of the view that the public would not be concerned about a solicitor being convicted of a traffic offence. Nor would such a conviction diminish the trust the public placed in him.

“The public was more likely to be concerned if a solicitor was stealing client money or found guilty of some other serious offence. The respondent stated he regretted the offence but that he was only human.”

The SDT upheld the SRA’s allegation that Mr Olujinmi had failed to uphold the rule of law and proper administration of justice, contrary to principle 1 of the SRA Code of Conduct 2011.

The SDT concluded that the aggravating factors were that Mr Olujinmi’s conduct was deliberate and had resulted in a criminal offence, the mitigating factors that “this was an isolated incident in an otherwise unblemished career and the respondent had voluntarily notified the regulator of his conduct”.

The tribunal ruled that the appropriate sanction was a fine of £5,000, but it should be reduced by half because the solicitor was on state benefits. Mr Olujinmi was ordered to pay costs of £2,500.