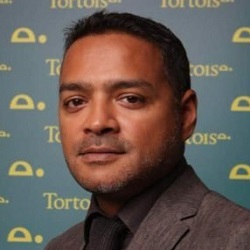 The solicitor for the family of Shamima Begum was at the centre of a social media storm yesterday over a tweet about the Taliban’s resurgence in Afghanistan.

Tasnime Akunjee, a consultant at West London firm Waterfords Solicitors, tweeted a picture of the Taliban leadership inside the Afghan presidential palace, surrounded by armed fighters, with the comment: “The boys are back in town.”

He followed it up with a link to a YouTube video of Thin Lizzy singing the song.

He was strongly criticised by many Twitter users, leading to articles being published by the tabloid press, and complaints were made to the Solicitors Regulation Authority.

A spokesman for the regulator said: “We are aware and are gathering information before considering any next steps.”

However, Mr Akunjee later sought to explain that he was being ironic, tweeting: “I can only assume that some people on twitter are being purposely dense – ‘The Boys Are Back in Town’ is a song about a criminal gang (The Quality Street Gang Manchester) who have returned following a sojourn… this is controversial re the Taliban how exactly?”

He then took down the original tweet, which he said was “to mitigate against those who are attempting to deliberately misinterpret” it.

The solicitor also tweeted: “The people showing solidarity with the Taliban are – Donald Trump, Joe Biden and especially Mike Pompeo – so if u r going to have a moan moan at them. The fact is that the Taliban have taken Kabul and the fact is that this was done by implicit agreement of US and UK.”

Mr Akunjee pointed to some of those who were criticising him, including far-right activist Tommy Robinson.

The solicitor recently acted for Jamal Hijazi, the Syrian teenager who was filmed being attacked at his school and successful suing Mr Robinson for libel over comments he made on the attack. The High Court awarded damages of £100,000.

Mr Akunjee came to prominence in particular by acting for Ms Begum, whose has been trying to return to the UK after leaving for Syria in 2015 to support Islamic State. In March, the Supreme Court ruled she would not be allowed to return to the UK to fight the decision to remove her citizenship.

Meanwhile, the Bar Council, the Bar Human Rights Committee and the Law Society said yesterday they were “gravely concerned” about the situation in Afghanistan and the fate of those who are working in its justice system.

A joint statement said: “We are extremely worried about the situation of at least 250 women judges in the country who we consider to be at particular risk.

“We urge the UK government not to abandon these courageous defenders of the rule of law and – in liaison with its international allies – to offer evacuation and safety and asylum in the UK to those women judges, their families, and other members of the legal profession who are in serious danger.”