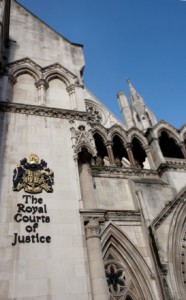 High Court: ruling in favour of SNR Denton and Travelers

A former senior solicitor at City firm SNR Denton is facing a £600,000 bill after her to repay the firm and its insurer losses they suffered as a result of her involvement in the payment of a bribe.

Gauri Advani was also this month struck off by the Solicitors Disciplinary Tribunal.

Ms Advani worked at SNR Denton – then called Denton Wilde Sapte – between 1995 and 2007, where her role was mainly to market the firm in India. She later went on to become head of the India group at Eversheds but is no longer there.

She acted for two men in their attempted acquisition of a general sales agency for the UK and Ireland from Air India, for which they had to make an initial payment of nearly £400,000. They were told this would be refunded if they were unsuccessful. The agency was not secured but the deposit was not returned.

The two men sued Ms Advani and Dentons for negligence, but in 2009 Mr Justice Hamblen ruled that the payment was intended as a bribe and so irrecoverable. He held that, contrary to her case, Ms Advani had been considerably involved in the transaction. He also said that, in any event, Dentons was not vicariously liable as the claimants were not clients of the firm and Ms Advani acted as a broker, rather than as a solicitor for the firm.

In the present case, Travelers was seeking the £500,000 it spent separately defending Ms Advani – on the basis of an exclusion in its policy for damages and costs arising from dishonesty or fraud – and Dentons the £87,000 it did not recover from the claimants in the first case.

The key question Sir Raymond Jack, sitting in the Queen’s Bench Division, said he had to decide was whether Ms Advani knew the money in question was going to be paid, and was paid, as a b

ribe, and was involved in the discussions which led to the payment. “I am fully satisfied of that,” he said. “I am satisfied that her role was to be the means of communications between [the two men and the contact in India], and to arrange for the bribe to be paid.” Both claims therefore succeeded.

Akal Solicitors in Essex, which acted for Ms Advani, had no comment.

A spokesman for SNR Denton said: “The High Court has ruled in favour of SNR Denton and its insurers to recover their costs from Ms Gauri Advani, a former employee of the firm. The court held that Ms Advani had acted dishonestly and outside the course of her employment in relation to events in 2002 that were the subject of earlier proceedings, brought unsuccessfully by third parties against the firm.” Travelers had no comment.

According to a Solicitors Regulation Authority spokesman, the Solicitors Disciplinary Tribunal struck Ms Advani off the roll. The key allegations [2] upheld were: “she was involved, during 2002, in brokering a transaction whereby two individuals made payments as an intended bribe, so as to procure their appointment as global sales agents on the basis of the payment rather than on the merits of their application for such an appointment; and she wrongly assured the two individuals that, as she was a UK lawyer, she was their guarantee in respect of the return of the payments paid for the appontment”.

Ms Advani has 28 days to appeal once she receives full written reasons for the ruling, which usually take about seven weeks to be published.

In a briefing note on the High Court case, Peter Maguire, a partner at City firm CMS Cameron McKenna, said: “The original proceedings went a long way towards finding dishonesty on the part of the insured employee. It is, however, usually necessary for insurers to fund a defence and separately (eg, through arbitration) seek a declaration in this respect.

“This case is a reminder of the potential value of such recourse, albeit that the individual’s personal resources and ability to satisfy any judgment or award will clearly be a major factor in any cost vs. benefit assessment.”