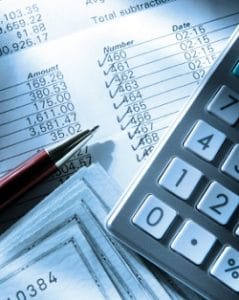 Accounts: Client ledger showed money had been paid when it had not

A solicitor who deliberately kept money from clients for barristers’ fees and told his accounts manager to cover it up – in a bid to prop up his firm – has been struck off by the Solicitors Disciplinary Tribunal (SDT).

The tribunal described as “extraordinary and incredible” evidence given in his defence by Paul Dumbleton, managing director of former Cardiff law firm Beech Jones Limited.

The SDT heard that after the firm closed, accounts manager Byron Lloyd-Lewis told the Solicitors Regulation Authority (SRA) that the amount owing to counsel was between £145,000 and £191,000. “Other unpaid fees” were estimated at over £90,000.

The tribunal found that Mr Dumbleton “knew that his actions were dishonest” and “it was not suggested that the knowing direction to retain monies could be given lightly”.

The SDT went on: “The respondent was an experienced solicitor who was aware of the rules in relation to client monies. Further, he had been informed by Mr Lloyd-Lewis that his actions were in breach of the rules.

“The tribunal did not accept that a solicitor with the respondent’s experience could be so confused as to the position and found his evidence to be extraordinary and incredible.”

Mr Dumbleton was born in 1958 and admitted to the roll in 1988. Beech Jones opened in 2011 and closed in November 2014 after entering liquidation and some six weeks after he resigned as a director.

Mr Lloyd-Lewis told the SRA that Mr Dumbleton would direct that disbursements were not paid, that cheques were written but not sent out and that “the client ledger would indicate that the disbursement had been paid when that was not in fact the case”.

The SDT rejected Mr Dumbleton’s claim that, after authorising an invoice, he had no further involvement in approving the actual payment. Instead it found that, as managing director, he maintained “strong financial control of the firm”.

The SDT found that Mr Dumbleton was “completely culpable for the misconduct and that this culpability was high”, and that he had regular meetings with Mr Lloyd-Lewis and was fully aware that money for disbursements was being retained by the firm.

The tribunal said his motive was “his desire to alleviate the difficulties the firm was experiencing regarding its cashflow”, at a time when its overdraft facility was being reduced by £10,000 a month.

“The tribunal found that this reduction, together with the firm’s fluctuating income, had caused cashflow issues such that the firm was experiencing difficulties paying its creditors.”

In addition to various rule breaches, the tribunal found that Mr Dumbleton had acted dishonestly.

In mitigation, his counsel said he had “found the downfall of the firm extremely difficult”, preventing him from receiving his share buyout “upon which he had relied as a pension”. His wife and son, who worked for the firm, lost their jobs, and Mr Dumbleton had not worked for 30 months.

Nevertheless, the SDT said there were no “exceptional circumstances” justifying a lesser sanction in this case, and ordered that he be struck off.

Mr Dumbleton was ordered to pay £31,300 in costs, the tribunal noting that his costs schedule showed he had spent around £84,000 defending the allegations.