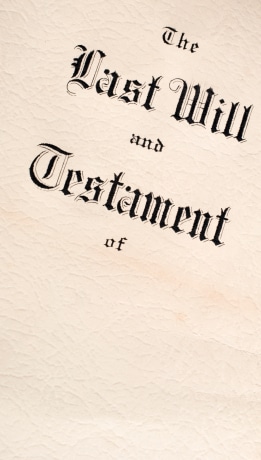 Theft: solicitor stole from clients whose wills he had drawn up

A Gloucestershire solicitor who also served as the county’s coroner has been struck off after taking nearly £2m from clients to fund an extravagant lifestyle.

The case of Alan Crickmore has made headlines for some years, and last November he was sentenced to eight years in jail after pleading guilty to 24 charges.

The 57-year-old, whose firm was shut down in 2011, was found to have defrauded clients for 13 years, with the largest money transfers taking place directly before the cruises he went on with his wife. He was a coroner until last year.

Mr Crickmore usually targeted the elderly and infirm. He often stole from vulnerable clients living in nursing facilities or plundered the estates of deceased clients whose wills he had drawn up and been appointed executor.

In one case, he not only withheld funds that were bequeathed to a client’s brother in Poland, but in order to keep his fraud a secret, he failed even to notify the rightful recipient of his brother’s death. Towards the end he found himself stealing from one client to conceal shortfalls he had created by earlier thefts.

As well as being struck off, Mr Crickmore was ordered to pay £66,000 in costs.

The tribunal found that he mis-appropriated clients’ funds and used them for his own benefit, withdrew and/or transferred monies from the client bank account other than as permitted, and took unfair advantage of a client.

It also found that he failed to ensure compliance with the Solicitors Accounts Rules, and failed to keep accounts properly written up.

The chairman of the panel at the Solicitors Disciplinary Tribunal, JC Chesterton, said: “This tribunal rarely sees such conscious impropriety on such a scale over such a sustained period of time. It was undertaken by an experienced solicitor who held a judicial appointment and was a solicitor trustee and attorney.

“The damage to the reputation of the profession in the eyes of the public is grave. The public have the right to trust a solicitor to the ends of the earth. The public need to know that when there is a case such as this both the criminal law and this tribunal will deal with the solicitor appropriately, and that the solicitors’ profession in general will make good the loss to victims insofar as the solicitor himself does not.”

The Solicitors Regulation Authority (SRA) said it has already paid out more than £250,000 from the compensation fund to those who have suffered hardship as a result of Mr Crickmore’s actions.

Gordon Ramsay, SRA director of legal enforcement, added: “Mr Crickmore was put in a position of trust where he was supposed to protect the assets and interests of vulnerable clients, including money left in wills. He abused that trust, for his own personal gain, and today we’ve ensured he’ll never be able to practice as a solicitor.”

The tribunal will publish its decision in the next seven weeks. Mr Crickmore will then have 21 days to appeal