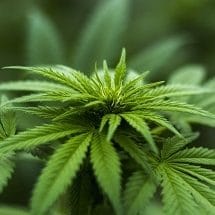 Cannabis: Judge accepted it was not grown for sale

A solicitor has been suspended from practice after being convicted of allowing a small cannabis farm to grow in her house.

The Solicitors Disciplinary Tribunal said that, although it was Michelle Laura Davis’s husband who was responsible for planting the cannabis, “the maintenance of the reputation of the profession required a suspension to be imposed”.

It heard that Ms Davis, born in 1982 and qualified in 2012, was working as a consultant solicitor at Nelson, Lancashire firm Adnan Hanif when police attended her home at her invitation to carry out a welfare check on Ms Davis’s children.

In one of the bedrooms, the police found what His Honour Judge Parry described at her trial as “a well set-up albeit modest in scale, cannabis farm”, made up of 20 cannabis plants.

They were estimated to have a potential yield valued at £11,000 to £16,000, although the judge accepted that the plants were not being grown for sale.

While the judge found the offence to be a serious one, he had regard to “powerful, mitigating features” and sentenced the solicitor to a community order, with a requirement that she undertake rehabilitation activity for up to 25 days; the maximum sentence for the offence was 14 years, while the sentencing guidelines indicated in this case a jail sentence of 26 weeks.

She was also ordered to pay £340 towards prosecution costs and an £85 statutory surcharge. The court ordered the destruction of the drugs and equipment seized.

Sensitive information about Ms Davis was redacted from the ruling, although it quoted her telling the Solicitors Regulation Authority that she fully accepted her wrongdoing but wanted to continue practising.

“I understand that I have let people down, including myself, but I live in hope that the people reading this may understand a little regarding the pressures and broken life that I was leading,” she wrote.

HHJ Parry told Ms Davis that she “had, potentially anyway, a stellar career ahead of you as a solicitor. You are not yet struck off but as a result of this conviction, no doubt you will be”.

In deciding on a six-month suspension, the SDT said that, while Ms Davis did not instigate the criminal activity, she “displayed ongoing acquiescence in what was happening, whether or not she knew of its extent”.

The fact it was not at the forefront of her mind was shown by the fact that she had called the police to her home for an unrelated reason.

“The tribunal considered [Ms Davis’s] departure from the ‘complete integrity, probity and trustworthiness’ expected of a solicitor to be moderately serious but it did not involve dishonesty…

“This was a one-off episode and [she] had not appeared before the tribunal before. The tribunal found her insight and remorse to be genuine.”