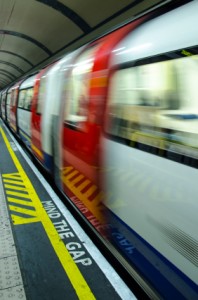 A solicitor has been cleared by a disciplinary tribunal over an accusation that a failure to do his job properly led to a client being wrongly convicted of assault.

The Solicitors Disciplinary Tribunal (SDT) said the evidence did not show that Rhys Mardon had advised his client to plead guilty.

It also criticised the Solicitors Regulation Authority (SRA) for failing to obtain a full copy of the file from EBR Attridge in north London. This was “most unsatisfactory”, it said.

Mr Mardon, who was admitted in 2006, was an assistant at EBR Attridge in 2010 when he represented Simon Williamson in 2010.

Mr Williamson was charged with assaulting another man on the London Underground and, on advice from the solicitor, pleaded guilty. He sentenced to a 12-week curfew and £500 fine.

Neither he nor Mr Mardon had viewed CCTV footage, even though Mr Williamson repeatedly asked Mr Mardon if he had done so in the four months between arrest and conviction – he could not recall what had happened on the night in question.

Mr Williamson later did and believed the CCTV showed he did not commit the assault. He failed to have his case re-opened and a judicial review was rejected as well, but eventually the Criminal Cases Review Commission referred it back to the court, advising that there was a “real possibility” it would not uphold the conviction.

In November 2015, Southwark Crown Court conceded that there was no realistic prospect of conviction and allowed Mr Williamson’s appeal against conviction and sentence.

He then complained to the SRA over Mr Mardon’s failure to review the CCTV footage, saying he would have pleaded not guilty had he known what it showed.

He said that, though he was given a choice, Mr Mardon had “highly recommended” pleading guilty.

Mr Mardon told the tribunal that he had obtained a disc from the prosecution that he could not play on any device, which he said Mr Williamson knew. He asked for another disc in a different format but did not receive it before the trial.

Mr Mardon insisted that he gave the client the right advice – noting that the High Court judge who viewed the CCTV footage in 2012 found it ambiguous – and that he had outlined all the options to Mr Williamson. It was a matter for the client to choose which option to pursue.

The SDT found both men to be credible witnesses, noting that the evidence showed Mr Williamson keen to conclude the proceedings without waiting for the CCTV footage.

Given the absence of the full file, “the tribunal could not say with any given certainty that Mr Williamson’s evidence could be preferred over the evidence given by [Mr Mardon].

“From the evidence that was available to the tribunal, it could not conclude that [Mr Mardon] had at any time advised Mr Williamson to plead guilty.

“In fact, it appeared quite to the contrary, and that [Mr Mardon] had given full and comprehensive advice to Mr Williamson about his situation and Mr Williamson had made his own decisions on how to plead.”

As a result, the tribunal found the allegations not proved.