Solicitor cleared of trying to mislead Ofsted and tribunal 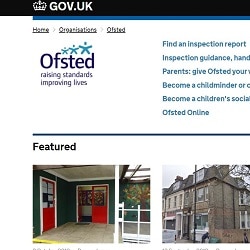 A solicitor accused of sending a witness statement that was likely to mislead Ofsted and the First-tier Tribunal (FtT) has been cleared of any wrongdoing.

In a rare example of the Solicitors Disciplinary Tribunal (SDT) rejecting a case brought by the Solicitors Regulation Authority (SRA) in its entirety, it found that Nnamdi Gregory Ibe had acted in good faith.

The tribunal said he had “genuinely believed” that the witness statement had been seen and approved by the witness, and that she had given her authority for it to be sent to Ofsted.

In fact, it had been supplied by his childminder clients – who were challenging Ofsted’s decision to cancel their registration from the early years register – and had not been seen by ‘Witness C’, who was an early years independent consultant.

Rushing to meet a deadline for service of material set by the FtT, Mr Ibe forwarded the purported witness statement shortly after receiving it, saying: “Unfortunately, some of the named witnesses have stated that they do not have time to appear in court and have therefore not provided the witness statements we were promised… The attached is there (sic) all we have for now.”

A regulatory enforcement lawyer at Ofsted immediately had doubts about the statement, which was unsigned, and discovered from Witness C that she had not seen it. He asked her not to contact Mr Ibe, did not do so himself, and instead sought to strike out the case.

The clients then signed statements “in which they appeared to accepted that Witness C had not seen the draft statement”, the SDT recounted. They used the same font and format as Witness C’s statement.

The FtT struck out the claim, finding that the clients had been deliberately dishonest regarding the creation and submission of the [Witness C] unsigned witness statement”. The Ofsted lawyer then reported Mr Ibe to the SRA.

Mr Ibe was admitted in 2009 and is an associate at Equity Law Solicitors in Peckham, South London. The SDT found him to have been a “very genuine and credible witness who had answered the questions asked of him in a direct manner and without attempting to hide anything”.

Noting Mr Ibe had no previous experience of dealing with Ofsted cases, it said the day he had received and sent on the statement was “very hectic and busy” with the clients attending his office at various times during the day.

“[The clients] had presented him with voluminous paperwork which he had had very limited time to consider before complying with the deadline for service of documents… upon which he had been intently focused.”

The SDT found that the clients had given Mr Ibe “the clear impression” that they had been in telephone contact with Witness C that day and that she was willing to support their case.

“The tribunal accepted [his] primary contention that he had had no knowledge that Witness C had not seen the draft witness statement and that at that point he had no reason to disbelieve his clients.

“[Mr Ibe] had been very mindful of his duty to serve the document within the time limit set by the court and he had no other motive or intention other than to ‘get his job done’ and protect his clients’ interests.”

His email, particularly the phrase “the attached is there all we have for now”, indicated in terms that the Witness C document was “in some senses to be viewed as a draft”, the SDT added.

“The tribunal noted that [Mr Ibe’s] use of English was not very strong and some of his written expressions could at times confuse the reader.”

Mr Ibe had accepted in hindsight that he had made an error of judgement in not checking that the statement had been seen or approved by Witness C.

“This had not been good practice and was careless,” the SDT said. “However, the tribunal found that at the material time [Mr Ibe] had acted in good faith and he had genuinely believed it to have been seen and approved by Witness C and that she had given her authority for it to be sent to Ofsted.

“The tribunal did not consider that the facts demonstrated that, in sending the document to Ofsted, [Mr Ibe] had acted in a manner likely to mislead the FtT and recipients of the statement which was, in the final analysis, an unsigned document.”

As a result, the factual basis of the allegations had not been proved beyond reasonable doubt – the civil standard of proof only applies to the SDT from 25 November.

The tribunal rejected the SRA’s application for costs and made no order for costs.