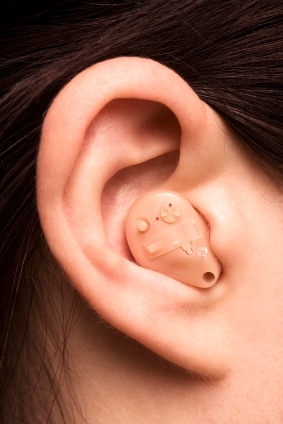 A solicitor who borrowed money from the controversial Axiom Legal Financing Fund has been cleared of any misconduct by a Solicitors Disciplinary Tribunal (SDT) – taking the count in cases arising from Axiom to five solicitors struck off and three cleared.

However, costs do not follow the event in the tribunal and Jason Roy Monteith Libby was still hit with a £46,000 bill.

The SDT decided that the prosecution had been “very properly brought” and said it had “some sympathy” with the Solicitors Regulation Authority’s submission that Mr Libby “had brought the case on himself”.

The Axiom fund – which lent money to several law firms – closed in October 2012 in the wake of allegations of fraud, and went into receivership in February 2013. The receiver, Grant Thornton, subsequently issued legal proceedings to recover over £100m from various people connected with the fund, citing grounds such as fraud, conspiracy, breach of fiduciary duty and breach of contract.

As we have reported in recent months, there have been four other tribunals relating to Axiom – see here.

Mr Libby, who qualified in 2001, set up Devon firm Drake Legal in August 2011, specialising in industrial deafness claims. The main source of his work was from an introducer Claims 4 Hearing (C4H). The SDT recorded that from early 2012 he was looking for funding to expand his practice, but with his bank unwilling to provide the funding, C4H introduced him to Axiom’s investment manager.

As in previous cases, the central issue before the SDT was Mr Libby’s use of the £456,108 he drew down from his £3m facility before Axiom was shut. The liability was augmented by a further £260,292 due to Axiom as a ‘facilitation fee’.

The litigation funding agreement he signed said the money should only be used to cover disbursements in relation to specific claims, but instead he – like the others before him – used it for general practice funding.

The SDT accepted Mr Libby’s evidence that he believed the agreement allowed him to do this, based among other things on “the ambiguities and drafting of the agreement itself”, discussions with a representative of the investment manager and the application for funding.

The SDT also accepted his evidence that “he would not have entered into the agreement if he perceived there to be a risk of fraud. He was not desperate for the monies and could have walked away without incurring losses”.

As a result, more generally the tribunal was not satisfied that the SRA had made the case that it was improper for Mr Libby to have accepted and used Axiom’s money.

It said: “While there had certainly been errors and examples of carelessness, the tribunal did not find that individually or cumulatively they amounted to a lack of integrity or were such as to have undermined the trust the public placed in him and in the provision of legal services.

“There had been inconsistencies in the respondent’s explanations. However, the tribunal noted that the events in question took place four years ago. In the absence of a single example where the tribunal had found [Mr Libby] to have acted dishonestly, [he] would not be considered dishonest by the ordinary standards of reasonable and honest people.”

In relation to the SRA’s application for nearly £80,000 in costs, the SDT said: “Although the allegations had not been proved to the required standard, that was not to say that [Mr Libby’s] conduct was entirely blameless.

“The costs claimed were proportionate and it was right that [he] pay the entirety of the investigation costs. The costs of the proceedings themselves should be reduced to reflect the fact that none of the allegations had been proved and to take account of [Mr Libby’s] means.

“The tribunal decided that [he] should pay 50% of those costs. The reasonable and proportionate figure for costs in all the circumstances was £46,577.04.”

In February 2013, the solicitors acting for Axiom’s receivers demanded Mr Libby repay £550,800 plus interest, on the grounds that the monies had not been used in accordance with the terms of the funding agreement, which constituted a non-remediable event of default.

Mr Libby told the tribunal he had struck a deal to repay £215,000, of which he had paid nearly two-thirds.

He also said he had spent around £60,000 in defending the case and had recently disposed of his firm for nil consideration “to ensure that there would have been no crisis brought about had the tribunal found against him”.