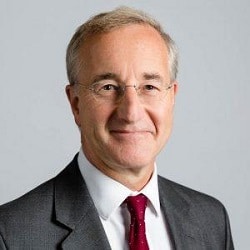 Trower: Judge was entitled to reach his conclusion

The High Court has upheld a decision to refuse a North London law firm’s application to restrain the solicitor who transferred his business over to it from presenting a winding-up petition.

Mr Justice Trower said Deputy Insolvency and Company Court Judge Barnett was entitled to find that the debt to be claimed in the proposed petition threatened by David Jason was just over £15,000,.

Mr Jason ran ABJ Solicitors and transferred the business over to Integral Law. He said he was an employee of Integral, on a salary of £90,000, after it opened in late April 2019; the £15,000 was three months of unpaid net salary before he resigned that September.

The court will only grant a company relief restraining presentation of a winding-up petition if it disputes on substantial grounds the existence of the debt on which the petition is to be based.

Before Judge Barnett, Integral argued that it was entitled to set off the salary against a £25,000 loan which it made to Mr Jason, meaning he was actually indebted to the firm.

Mr Jason contended that this was not a loan but payment of arrears of salary which he was owed in respect of the last four months of ABJ – on the basis that Integral was its successor practice – plus the first month of his work at Integral.

Alternatively, he said that he was entitled to the money because of TUPE.

Judge Barnett concluded that the company’s case as to the loan was “manifestly incredible”. He noted the decision of “an authorised officer of the Solicitors Regulation Authority (SRA) which was responsive to a succession application submitted to it and signed by Mr Jason”.

In a ruling from November published yesterday, Trower J went on: “This made plain in the judge’s view that the company had acquired the ABJ business lock, stock, and barrel.

“He was satisfied that in those circumstances it was clear that there was a relevant transfer of the undertaking of the business of ABJ to the company, being a transfer of an economic entity retaining its identity so as to fall within regulation 3 of TUPE.”

Judge Barnett said Integral’s argument that the payment was a loan was unsupported by any evidence.

On appeal, Integral relied on the fact that there was no written business transfer agreement in evidence to support its argument that it had not actually acquired ABJ.

Trower J said: “It did not however put in any evidence for the hearing before the judge to contradict what Mr Jason’s evidence proved on this aspect of the case.”

He ruled that Judge Barnett was justified in finding that Integral had acquired ABJ and that TUPE applied, even in the absence of an acquisition agreement.

“Indeed, I consider that there was no evidence before him which justified him in reaching any other conclusion.”

Integral submitted that it made the loan at Mr Jason’s request because of the length of time that he had not drawn a salary at ABJ and that the sum was equivalent to what he was owed.

“In my view the judge was entitled to reach the conclusion that he did to the effect that the company’s case in relation to a loan as it was advanced at the hearing before him, and on the basis of the evidence he was shown, was manifestly incredible.

“He was entitled to be sceptical that the making of a series of payments in amounts which reflected with precision the outstanding arrears of salary was far more consistent with Mr Jason’s case than it was with the case advanced by the company.

“In all the circumstances I am satisfied that the judge did not go wrong in the evaluative exercise that he carried out.”

Trower J said Mr Jason was entitled to serve his statutory demand and could present a winding-up petition based on the debt contained in it.

Jon Carroll, a director of Integral, told Legal Futures that no winding-up order had been presented to date and that the firm was appealing Trower J’s ruling.

He added that the firm has also complained to the SRA on the basis that it did not check with Integral what Mr Jason had told it about succession in the firm closure notification form.