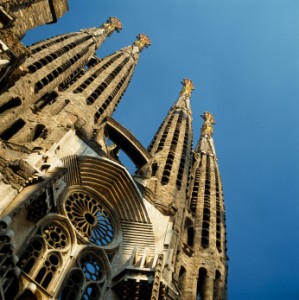 The FSA said that Andrew Greystoke of Atlantic Law recklessly signed off Atlantic Law’s approval of 50 UK investment advertisements, between December 2005 and March 2007, issued by four unregulated Spanish stockbroking firms. ”He did so without taking reasonable steps to ensure that the advertisements were clear, fair and not misleading, and despite having reason to doubt that the Spanish firms would deal with UK consumers in an honest and reliable way,” it said in a statement.

The FSA said that Mr Greystoke accepted before the tribunal that these Spanish firms were boiler room share-scam operators. He approved their advertisements despite seeing consumer complaints and press articles clearly warning of their activities and despite negative previous experience of acting for other Spanish boiler room clients.

It continued: “The advertisements offered free research reports on respectable listed companies. As Mr Greystoke knew, the FSA had previously published warnings that this technique was commonly used by boiler rooms to obtain UK consumer telephone contact details. The advertisements approved by Mr Greystoke were misleading because their true purpose, which the tribunal found to have been “blindingly obvious” to Mr Greystoke, was not to offer the free reports, but to sell shares, whose value he knew to be at least doubtful.

The FSA reported that 130 consumers have complained to the FSA that they invested a total of over £3 million, of which they are likely to have lost much, if not all. The FSA also believes that many victims will not have complained, with the result that, as the tribunal found, the true loss caused by the advertisements was likely to be substantially more than £3 million.

Margaret Cole, FSA director of enforcement and financial crime, said: “Atlantic Law and Andrew Greystoke acted recklessly, without integrity and with a complete disregard of the risks to consumers. The tribunal’s decision supports our view that firms and individuals that assist boiler room operators should be brought to task. This has been a hard-fought case into which the FSA has put significant time and resources. It will send a strong message of deterrence to other firms and individuals that may be tempted to turn a blind eye to the legitimacy of their clients in exchange for fees or commission.”