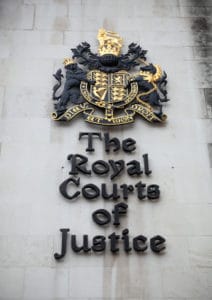 A solicitor has been awarded £70,000 in libel damages after he was accused by a newspaper of incitement to commit perjury.

Mr Justice Nicklin said it was difficult to imagine “a more serious allegation to make against the professional reputation of a solicitor”.

The court heard that Anbananden Sooben, now aged 75 and born in Mauritius, became a solicitor after retiring as a civil servant. The allegations giving rise to the proceedings were contained in  the November 2013 edition of Mauritius Now, edited by Eshan Badal.

The judge said the article alleged not that Mr Sooben had committed perjury, but that he had attempted to get someone to commit it, an offence under section 7(2) of the Perjury Act 1911, and punishable by imprisonment or a fine or both.

“This meaning would be very serious if levelled against any individual. That it was levelled against a solicitor makes it more so. As is well-known, solicitors are officers of the court who are duty bound not to deceive or knowingly or recklessly mislead the court.

“It is difficult to imagine a more serious allegation to make against the professional reputation of a solicitor than a willingness to pervert the course of justice by attempting to procure perjured evidence.”

Mr Badal only dropped his defence of justification after counsel for Mr Sooben finished his cross-examination.

Nicklin J said: “I note, with disapproval, that earlier in the morning, the defendant had asked me to dismiss the claimant’s claim on the basis that his justification defence was ‘bound to succeed’. Little more than three hours later, that defence was abandoned.

“Of course, my disapproval of this conduct is not relevant to the assessment of damages, but I am quite satisfied that the fact that the claimant has had to face the prospect of facing a trial at which the defendant would be seriously attacking his integrity and honesty followed by the casual way these serious allegations were abandoned will have aggravated the hurt and anger that the claimant has felt.

“Even now, the defendant has not apologised to the claimant; he has merely offered the prospect that at some future point an apology will be forthcoming.

“I do not doubt the sincerity of this offer, but even now it seems to me that the defendant has simply failed to appreciate the enormous damage that this article has done to the claimant and his reputation.”

Since the Defamation Act 2013 did not come into force into 1 January 2014, Nicklin J said that, with the justification defence dropped, Mr Badal’s defence had to be assessed under the old common law defence of Reynolds privilege.

The judge found the reference to Mr Sooben “gratuitous and unjustifiable” in the context of the article, while the failure to seek his comment showed a lack of responsible journalism, as required by the defence.

He concluded: “Stepping back, this was a very serious allegation presented in a wholly one-sided way in circumstances where the defendant had failed to contact the claimant and had failed to represent, from material he had, what could fairly have been said on the claimant’s behalf in answer to the allegations.”

The judge said that, taking into account that the circulation of the Mauritius News was in the low thousands, the appropriate sum in damages was £70,000.

“I cannot end this judgment without noting what a real tragedy this case represents. Although I have rejected part of his evidence, I accept that the defendant was a well-meaning, public-spirited, part-time volunteer working on a small newspaper that was no doubt of significant value to the Mauritian community in the UK.”