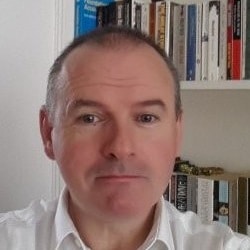 One of the oldest legal advice centres in the country has been given a boost by taking advantage of the new path to qualifying as a solicitor by employing six apprentices, who will help in a variety of ways to build access to justice services.

University House, in London’s East End, was founded by community worker Ann Waltuck during World War II to assist with claims for war damage. Today it helps some 5,000 vulnerable people each year with legal advice.

It also runs outreach services in Cornwall and Devon, with a free video chat advice service.

University House director Eddie Coppinger said that the six University House fellows would be undertaking apprenticeships in partnership with training provider BPP, based on non-academic study pathways to become a solicitor.

The initiative is linked to University House’s advice portal. He said the fellows would “also undertake projects which focus on access to justice issues” and were funded by corporate donors through the government’s apprenticeship levy scheme.

Mr Coppinger said the fellows were developing projects arising from casework that may in time help with financial sustainability. All had brought “fresh ideas and enthusiasm”.

He added: “One is seeking funding from trusts and foundations for a migrant special support project. Another is using her former experience as a prison escort to develop a project assisting ex-offenders.”

The new pathways for those with limited means allowed people to join the profession “without acquiring huge amounts of debt”.

He went on: “In my sector, a large number of advice workers in citizens advice bureaux and law centres have law degrees, but had little prospect of ever securing a training contract.

“This new route into the profession can be packaged as an apprenticeship, and as such will suit advisers already employed by advice centres.”