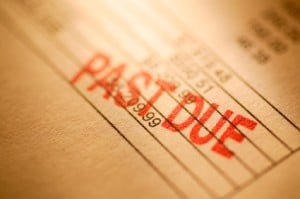 A solicitor who faces the unusual sanction from the Office of Fair Trading (OFT) of being excluded from the group consumer credit licence held by the Law Society is appealing against the decision.

Earlier this month, the OFT said it found “evidence of misleading and unfair practices in the businesses’ operations”, including:

David Fisher, OFT senior director for consumer credit, said: “We expect businesses in the debt collection sector to behave with integrity and treat their customers fairly and transparently. We will not hesitate to refuse to license debt collection businesses that fail to do so.”

The OFT confirmed yesterday that all those affected have lodged appeals. Mr Turnbull has not responded to efforts to contact him.

In a statement issued after the original announcement, Roxburghe expressed “extreme surprise, disappointment and dismay” at the decision, calling the announcement a “travesty”.

The company complained that, in the three years that it has taken the OFT to act, the regulator has not met with or visited it, and had “consistently” given Roxburghe inconsistent information about the delays in the decision-making process.

Roxburghe said its consumer credit licence remains in force pending the appeal. The company has also applied for, and received, interim permission from the new regulator, the Financial Conduct Authority (FCA), in readiness for the transfer of consumer credit responsibilities in April.

A spokesman said: “We have consistently provided the highest levels of service to our clients and their customers, in adherence with the Credit Services Association’s code of practice, and in accordance with our own values and cultures and we shall continue to do so as we look to overturn this decision.”