Solicitor and wife witness client’s will via WhatsApp video 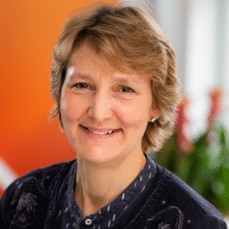 Noyce: No clear view on validity

A solicitor and his wife have used WhatsApp video to witness a will made by a man who was very ill with Covid-19, it has emerged.

The firm involved – Royds Withy King – said it would seek to re-execute the will conventionally once it was possible to counter the risk it was not valid.

There has been a lively debate over executing wills during the period of lockdown and social distancing, with the conventional wisdom being that the Wills Act 1837 does not allow someone to witness a will via video messaging, as a witness must be physically present.

Firms have tried to come up with solutions – Goughs in Wiltshire launched a ‘Wills through a window’ service, for example – as the government has resisted relaxing the requirements, at least temporarily.

Amanda Noyce, a partner at Royds Withy King, said the firm has seen “significant interest” from clients wanting either to create or update their wills.

“We have recently acted for a very ill individual with Covid-19, taking instructions from him via a WhatsApp video call. We were able to check that he was alone in the room to ensure he was not being coerced and then recorded his wishes. A draft will was emailed to him.

Ms Noyce acknowledged that this might not comply with the Wills Act, but said: “We believe that many families will choose to accept wills witnessed by video as being valid, reflecting the true last wishes of a family member. However, there will inevitably be those who would wish to challenge the terms of such a will.

“There will probably have to be a test case after lockdown eases to assess whether the judiciary believes that ‘presence’ can mean ‘via video link’.”

She said there was “no clear view” as to whether a will executed in this way was valid or not. “The question for a future judicial forum is whether ‘in the presence of’ includes ‘by camera’, given the context of the pandemic. The Wills Act did not contemplate the modern age.

“Of course, we advised the client of the risk and also that, if he recovers, he should re-execute the will conventionally to be sure.”

We reported last week that the Gina Miller – who has turned her campaigning skills to wills reform – described the government’s failure to make it easier to complete wills during the pandemic as “shameful”.