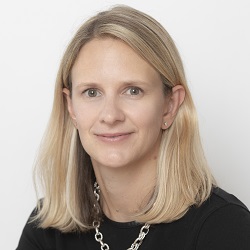 A solicitor and chief executive of one of the legal profession’s regulators is leading the latest opt-out collective action, which is being brought against price comparison website ComparetheMarket.

Kate Wellington, who runs the Costs Lawyer Standards Board, is aiming to be the representative claimant on behalf of over 20 million home insurance customers.

It follows the Competition and Markets Authority’s (CMA) finding last year that ComparetheMarket breached competition law in relation to its contracts with 32 insurers listing on its website which meant they could not offer consumers lower prices on other comparison websites.

The CMA also found that consumers who purchased home insurance via a price comparison website were likely to have paid higher prices as a result.

ComparetheMarket is currently appealing against the CMA’s decision and the appeal is being heard in the Competition Appeal Tribunal (CAT).

The claim was issued yesterday, on the day the appeal began, to protect class members’ rights to redress in the meantime. Ms Wellington said she would ask the CAT to stay the claim pending the appeal’s outcome.

The claim is based on the premise that all purchases of home insurance, including renewals, made between 1 October 2015 and 1 June 2020 were affected by ComparetheMarket’s conduct, although Hausfeld said the exact scope of the claim was subject to review and analysis of further information as it progressed.

“Unfortunately, ComparetheMarket’s anti-competitive conduct achieved the opposite of this and looks likely to have increased prices of home insurance for over 20 million UK consumers.”

The case comes off the back of the CAT authorising representative claimants in two collective actions in recent weeks.

In late September, it approved Justin Le Patourel, the founder of consumer group Collective Action on Landlines (CALL), to bring a £600m class action against BT [1] on behalf of 2.3 million landline-only customers.

Then, last month, the CAT rejected BT’s application for permission to appeal. The telecoms giant has branded the claim “speculative” and promised to fight it.

Mr Le Patourel and CALL are being advised by Mishcon de Reya with funding from Harbour Litigation Funding, along with after-the-event insurance from the funder’s insurance arm, Harbour Underwriting.

The CAT also gave the green light last month to the £93m claim fronted by Justin Guttman alleging that the South Western and Southeastern rail franchises did not make ‘boundary’ fares readily available for Travelcard holders to purchase, or make passengers aware of their existence.

As a result, customers had to buy a higher-priced ticket than they would have needed because their Travelcard already entitled them to travel for part of their journey.

Next month, the CAT will hold a hearing to decide whether to certify the £150m action being launched against five shipping companies whose cartel is alleged to have led to increased delivery costs for car buyers.

The claimant’s representative is Mark McLaren, a member of the Legal Services Consumer Panel, advised by US law firm Scott+Scott and funded by Woodsford. Sarah Ford QC of Brick Court Chambers is leading the team of barristers that has been instructed.

Ms Wellington is on the committee advising Mr McLaren.