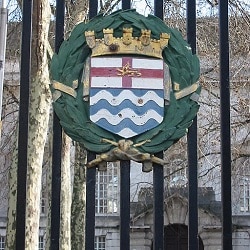 Inner London Crown Court: Duo to be sentenced in March

A solicitor and her boyfriend who defrauded the taxpayer out of £63,000 by inflating translation costs for legal aid documents are facing jail.

Babita Attra, 41, made sure Alexandru Major, 35, won lucrative translation contracts as part of the cheat on the Legal Aid Agency (LAA).

The pair were convicted of conspiracy to defraud and will return for sentence on 13 March.

Eleanor Mawrey, prosecuting, said: “Major would grossly exaggerate the word count on documents that required translating and Attra, as the solicitor with the responsibility for submitting documents to the LAA, would then manipulate the tendering process to ensure that Madison Translation won the contract despite being more expensive.

“Altogether, across four cases they overcharged the LAA at least £62,889.64. The money that Madison Translation (MT) then obtained from those contracts was later shared by Major with Attra.

“When their scam was uncovered by the partner at the solicitors’ firm, rather than come clean, they proceeded to manufacture a series of forged documents to try and cover their tracks.”

To prove to the LAA that her firm was looking for the best priced translation work, Ms Attra was required to get quotes from two or more firms, jurors heard.

She grossly exaggerated the word count on documents so that Mr Major’s company received the contracts, often worth £30,000 or more.

In one case, she submitted a document from a company that had ceased trading months earlier. She also forwarded the quote to her partner so he could offer a competitive price.

Ms Attra told the police that she always went with MT because it offered a “good service”. Mr Major claimed he had given her a significant portion of the money because she was his partner.

The pair, from Catford, East London, denied but were convicted of conspiracy to defraud the LAA, the transfer of criminal property and forgery.

Following the verdict, Ms Attra was bailed to arrange for care of her child while Mr Major was remanded in custody ahead of sentence.

She is currently subject to conditions on her practicing certificate that mean she can only work as an employee of a law firm with the Solicitors Regulation Authority’s (SRA) authority.

Meanwhile, in 2017, the SRA imposed a section 43 order on Mr Major, forbidding solicitors to employ him without its permission.

A notice on the regulator’s website says that in 2015 he was employed as a self-employed consultant, working as a police station representative, for a law firm in central London.

“During his consultancy, he was found to have accepted money £9,000 into his personal bank account from a client’s wife under false pretences. His conduct was found to be dishonest.”

His consultancy was terminated in 2015.