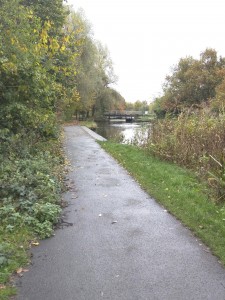 Canal path murder: Releasing the papers “unlocked the door” to the conviction

A former partner in a criminal law firm has described how he deliberately broke professional rules to get a murderer convicted.

Steve Chittenden, who retired at the end of last month after 40 years as a criminal lawyer, told Legal Futures: “I don’t think the rules are in any way wrong. The dilemma is between the rules and natural justice.

“I had a murderer out there, wandering free, an inept police force and a distraught family. What do you do about that? Do you do something about it?”

Mr Chittenden, based until the end of last year at Smith Partnership in Derby, acted for teenager Roy Brookes, acquitted in 1978 of the murder of Lynn Siddons, who was stabbed to death by a canal in Barrow-on-Trent.

It was not until 1996 that Roy’s stepfather Michael was convicted of murdering Ms Siddons. He is currently serving a life sentence.

Mr Chittenden said that before and during Roy’s trial, evidence emerged that his stepfather was also involved in the stabbing.

“The police weren’t interested, despite what I told about them about what Roy said. They arrested Michael Brookes but did nothing about it.”

In the late 1980s, the Siddons family launched a ground-breaking civil action against Michael Brookes, resulting in a judgment from Mr Justice Rougier in 1991 holding him liable for assault and awarding the dead girl’s estate damages. It was only after this that Derbyshire Police charged him with murder.

As part of the civil action, Mr Chittenden said he released confidential papers to a law firm instructed by the Siddons family, containing crucial evidence from Roy about his stepfather.

“Releasing the papers unlocked the door for the murder conviction. That is unarguable.

“I was responding to a request for the papers. I know I should not have sent them. I had no contact with Roy at the time. What I should have done is say: ‘These are not my papers, and I’m not sending them’.

“The civil action was a matter of considerable regret to me. I let Roy down. I let the papers go without any attempt to get his instructions. The civil case was against both the stepfather and the lad. It put Roy back into the dock in a civil trial, even though he was found not liable.”

Mr Chittenden said the papers were sent to the law firm acting for Roy in the civil case, as well as for the family.

“His solicitors asked me what I’d done and I swore an affidavit admitting it. Nobody made a complaint.

“Faced with the same situation now, I can’t say that I would make the same choice. The way that legal aid has been going, the lad would probably have been convicted.

“You could never have prepared the case the way I did in 1978. We’re paid by the page. It’s not very much money and it does not take into account the number of hours spent. The only way of doing it would be at your own expense.

Mr Chittenden, who re-enacted the murder beside the canal with a pupil barrister as victim, said it would have been “impossible” for a 14 year-old boy to drag the body along the canal bank in the way the prosecution described.

He added that a couple of years ago, on a ferry to Spain, he was recognised by a judge who had been involved in one stage of Michael’s case. When he asked the man, now retired, whether he should have released the papers, the judge looked at him and said: “Yes, you should.”

Mr Chittenden said he had no intention of continuing to practise as a solicitor. “I’ve just retired, and this has been on my mind. When you look back at it, it worked. The person who committed the crime was convicted. The lad was believed, and would have felt better about that.

“I had to do something about it. There’s a dead girl and you have the information to enable a prosecution to be brought. Only your conscience at that point can answer as to what you should do.”

A spokesman for the Solicitors Regulation Authority said: “Now that we’re aware of the situation, we will look at what evidence is available to us and decide on an appropriate course of action”.