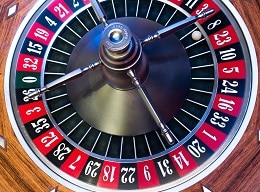 A solicitor who “abrogated any responsibility” for her firm’s finances, allowing her fellow partner to take £512,000 from its accounts over five years to feed his gambling habit, has been fined £20,000 by the Solicitors Disciplinary Tribunal (SDT).

Susan Carol Marziano admitted the allegations made against her but argued that Kam Cheung Mak “deliberately concealed” his misconduct from her in a “sophisticated and sustained manner”.

Ms Marziano, born in 1958 and admitted in 2001, accepted that because she took “no role whatsoever in the financial management of the firm”, Mr Mak was free to make 204 improper transfers between July 2011 and May 2016.

The SDT heard that Mr Mak’s personal bank accounts for the period June 2011 to September 2015 showed a “high number of payments to and from online gambling websites and a casino”, totalling around £2m.

The SDT said “this was funded by approximately £500,000 in round sum transfers from the firm’s client account”.

The transfers were allocated to a suspense ledger and its debit balance peaked at the same time as “the period of highest activity” on Mr Mak’s personal account.

However, the poor state of the firm’s accounts meant that some of the transactions on the suspense ledger could have related to office money, and so the Solicitors Regulation Authority (SRA) could not precisely quantify the true cash shortage.

In mitigation, Ms Marziano said she had “total trust” in Mr Mak, which was not unreasonable in view of their “17-year relationship”.

The solicitor said she “acted in good faith” in entrusting financial control to her colleague.

“They made a sensible and considered business decision, as he had the necessary skills and competence with regard to financial matters,” the tribunal was told.

Their law firm, MKM Solicitors, based in East London, was closed by the SRA in March 2017.

Following the closure, conditions were imposed on Ms Marziano’s practising certificate preventing her from running a law firm.

Approving an agreed outcome between Ms Marziano and the SRA, the SDT said she and Mr Mak had been partners in MKM from April 2005 and the only managers from 2009.

Ms Marziano accepted that “particularly as a manager in a small two-manager firm”, she had joint responsibility for the overall management and systems of the firm.

The solicitor agreed that “a share in the responsibility and control for the financial management of the firm by her would be expected”.

The agreed outcome said Ms Marziano’s misconduct had resulted in claims on the compensation fund from clients wanting payments on account to be returned.

Mr Mak was referred to the SDT in March 2017, according to the SRA website. Like Ms Marziano, conditions were imposed on his practising certificate, including that he could not hold client money or act as a signatory.