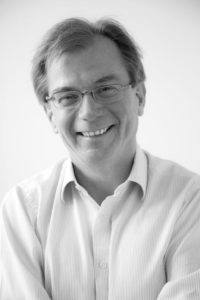 Bryan: “We felt it was time to move on”

The Legal Software Suppliers Association (LSSA) has ended its agreement with conveyancing portal Free2Convey, it has emerged.

Free2Convey was set up by the LSSA last autumn as a rival to the Law Society’s failed conveyancing portal Veyo. Its development has been led by former LSSA chair Matt Lancaster, the sales and marketing director at technology firm Pracctice.

Julian Bryan, new chair of the LSSA since last week’s AGM, said that instead of the umbrella agreement, individual members would from now on have “separate commercial arrangements” with the portal.

Mr Bryan, managing director of Quill Pinpoint, told Legal Futures: “The association has always been very supportive of Free2Convey, and it still is.

“It’s a stepping stone in its journey – almost like an incubation period. It is moving to the next stage in its evolution. It’s not a fall-out.

“We were keen to support the launch. As Free2Convey gathers momentum, we felt we should let them go in their own direction.”

Mr Bryan said that having invested “quite a bit of money” in Free2Convey, Pracctice would naturally be looking for “some sort of commercial return.” He suggested this could be through advertising, charging software firms for integration with case management systems or charging law firms support fees.

Mr Bryan went on: “Individual companies integrating with Free2Convey will carry on doing that. We felt it was time to move on. We have 19 members. Not every software supplier is dealing with conveyancing. We feel we’ve given Free2Convey a damn good leg-up.”

A formal statement from the LSSA said: “As the project has developed we found that the LSSA and Pracctice, who have undertaken the technical development of the Free2Convey project, did not share a commonality of vision for the future direction of the project.”

Mr Lancaster said in the statement: “We are grateful for the support from the LSSA members in promoting Free2Convey to the legal profession and other stakeholders. Pracctice is looking forward to progressing with the development and marketing of Free2Convey.”

The main features of Free2Convey are ‘chain view’, giving conveyancers a real-time overview of a conveyancing chain for the first time, and an online ‘deal room’, allowing the parties to upload and work on documents collaboratively. Both features were promised by Veyo.

Earlier this year Mr Lancaster said Free2Convey had evolved from being simply a “tool to make conveyancing easier” to becoming a “trusted community”, and had entered into a partnership with the Safe Move Scheme to add new anti-fraud tools and additional secure messaging.