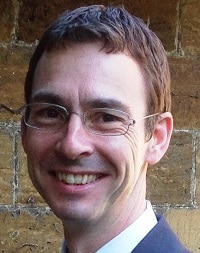 One of the first local authority alternative business structures (ABSs) is projected to increase its turnover 30% over the next year, and has already cut the fee rates for its shareholder clients by 20%, it revealed yesterday.

LGSS Law is now also providing legal advice and representation to more than 100 client organisations within the public and not-for-profit sectors, said Quentin Baker, its director of law, procurement and governance.

LGSS Law, which Mr Baker described as a “social enterprise law firm”, became an ABS in April 2015. It is made up of what was the joint legal services department of Northamptonshire and Cambridgeshire county councils, and merged in Central Bedfordshire council’s legal team a year later. Owned by the councils, it has 145 lawyers and staff in four offices, having recently opened new headquarters in Huntingdon.

Speaking at yesterday’s Westminster Legal Policy Forum, Mr Baker said that in its first year as an ABS, the firm had recorded a turnover of £6.5m, with a £100,000 profit. The 20% fee cut saved its two council owners a further £1.4m, he said. For everyone else, LGSS’s fees have not gone up in five years.

The savings came from greater efficiency through better managing the business, he said: “Some of it is economies of scale. It’s not difficult really.”

He said he was confident that in two or three years’ time, LGSS Law would hit the £10m turnover mark. “I feel we’ve tapped an unmet demand for these services – there’s a real gap in the market.”

He said being owned by its main clients created a “virtuous circle” – having reassured the Solicitors Regulation Authority about how LGSS maintained its independence – and as a company limited by shares, it was “infinitely adaptable to different types and sizes of partner organisation”.

As well as efficiencies, Mr Baker said the structure improved service levels – with a more effective business support team and IT systems – enabled income generation by allowing the firm to trade, and made it a more attractive place to work, thanks to more career opportunities, more specialist teams, and pay and benefits that were “better able to reflect the value of the input”.

This was in contrast to the restrictions of being part of a local authority, which have been hit by the dual impact of the government’s austerity agenda and an aging population requiring ever greater amounts spent on care.

Demand on legal departments was growing while resources were reducing, Mr Baker said, which was the main driver for setting up the ABS.