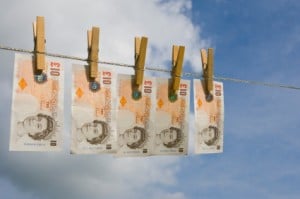 Suspicious activity reports (SARs) submitted by solicitors have led to the successful prosecution of frauds worth millions of pounds, according to the Serious Organised Crime Agency (SOCA).

Speaking at the Law Society’s anti-money laundering annual conference in London last week, Martin Churchill, a principal officer at SOCA’s UK financial intelligence unit which oversees the reporting regime, said solicitors’ SARs had led to “quality prosecutions”. The reports had been responsible for confiscations of more than a quarter of a million pounds and to the prosecution of frauds totalling “well over £20 million”.

“A large amount of tax has gone back to HM Revenue and Customs and the Treasury would like to thank you very much for that,” said Mr Churchill.

Explaining the operation of SOCA’s SAR website – aimed at entities required by the Proceeds of Crime Act 2002 (POCA) and the Terrorism Act 2000 to submit reports – he urged solicitors to keep their reports brief, concise, interesting and relevant, and especially to avoid legal jargon and Latin phrases. He jokingly invited them to remember the acronym KISS – “keep it simple, solicitors”.

The main complaint about SARs made to SOCA by the recipient police forces related to section 335 of POCA, under which consent must be sought from SOCA by the regulated sector before completing a suspicious transaction. When applying for consent, too many solicitors were in fact inviting a verdict on what are essentially business decisions, Mr Churchill said. “Whether to proceed is your reputational risk. If you want to take that decision, it’s down to you and the consent team will not help you out.”

Overall the picture was positive. “We are seeing much improved reporting, we are seeing reports from solicitors leading to quality prosecutions and we are seeing low levels of breaches of confidentiality. All pretty positive stuff,” said Mr Churchill.