Smith: lawtech not “silver bullet” for access to justice 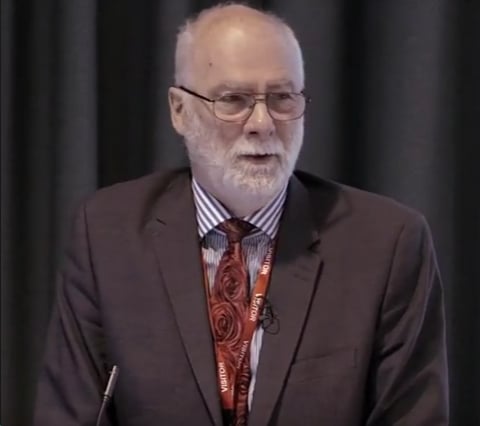 Smith: tech should be subjected to international comparison

Technology can make a positive difference but it must be carefully evaluated before adoption and be seen as supplementary to, not a replacement for, human-led legal services, a leading justice campaigner has warned.

Professor Roger Smith, who has spent years researching the digital delivery of legal services to people with low incomes, said there was “a lot of good” in technology, but it was not a “silver bullet” for access to justice.

“What we have to do is look through a series of functions and see where technology might make a difference… which incrementally would help,” he told the Ulster University Legal Innovation Centre earlier this month.

He cautioned: “In legal services technology allows you to leverage assets, to supplement [existing] services and make them go further. It won’t allow you particularly well to substitute services

He pointed out that “technology knows no boundaries in the way substantive law does”, adding: “You have to look internationally. To evaluate any technology project, the key question to ask is ‘is this the best in class globally?’

“If it’s not, then I think you have to justify why you’re engaged in it.”

In relation to the modernisation of UK courts, he argued that implementation of policies before their impact had been fully assessed – such as court closures – had contributed to delays in the project.

Regarding technology, he complained that there was too little “coherent setting of standards, comparison, and rigorous examination of projects”.

However, he said: “Internationally we can do that now. We can look at a project in the US and the UK and compare, and we need to do that.”

He observed that people working in the advice sector and in the world of technology had very different attitudes.

“My friends [who] are legal aid practitioners… tell me ‘technology for my clients? Hopeless. They don’t need that, they want people’.”

But his “new friends in the tech world say ‘how old-fashioned is that? Those guys are looking at the world through spectacles developed in the 1950s’.”

Professor Smith said a way forward was to “try and list what are the good things about technology and what are the bad things”.

Bad things included the digital exclusion of people “because of the limitations of various skills – cultural, technology, linguistic, cognitive or other”.

It was impossible to say how large the group was but a “credible argument” could be made it was up to 25% of people who would have been eligible for legal aid before the government’s LASPO reforms.

“That is large enough to say to people both in the online dispute resolution context and the legal services context that you have to keep a realistic analogue track going.

“Digital won’t work for everybody but it will work for some.”

He alleged the apparent embrace by lawtech start-ups of artificial intelligence (AI) was probably deceptive because so many made the claim falsely.

Using the AI label tended to attract greater funding than other technological projects, he said. “All is not quite what it seems in AI.”

Other useful developments were the widespread potential for video and remote technologies to produce an “extension to face-to-face services”.

Finally, he said, “serendipity” – in which “projects [use] technology in ways I would not have dreamed” had generated significant benefits in legal services.

He gave three examples: a family solicitor who used AI to help him assess the risk of providing fixed-fee quotes; a system in New York that used technology to assist tenants in preparing housing disrepair cases; and a project developed to enable university students to record and report cases of sexual harassment on campus.