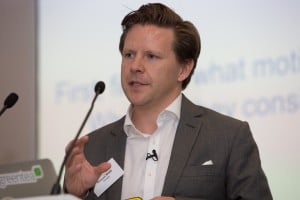 Owners and managers of small to medium-sized businesses (SMEs) begin by searching the internet when looking for specialist legal help, a survey by Google has found.

The online poll of 1,400 business people found that more than a third (35.6%) searched the web, compared to 21.8% who relied on their existing legal contacts and 21.4% who asked a friend or trusted person.

Google also polled 1,700 individual consumers using its own consumer survey tool. Presenting the results at yesterday’s Legal Futures NatWest mmadigital From Click to Client conference, Duncan Watts, industry manager for Google, said that in line with other research, most individual consumers (38%) when asked where they would start if they needed a lawyer, said they would ask a friend or trusted person.

Just under a third (31%) said they would search the internet, while 19.5% would rely on other sources of information and 11.4% consult official bodies, like the Law Society.

While almost 80% of SMEs that used the internet to search for a lawyer said they would contact more than one before going any further, less than half of individual consumers (48%) said they would, compared with almost 40% who were happy to contact only one firm.

Mr Watts told delegates at the event in London that the use of mobile devices to search for law firms was “going bananas”.

The rise was so dramatic that Mr Watts predicted that use of mobiles to make legal searches could exceed the total for desktop and tablets by the end of this year.

He said the total of 2m legal searches, reported by Google at last year’s conference, had gone up by 4%.

“Today’s customers are totally spoilt for choice,” he said. “The glut of information means that people are becoming quite expert at filtering out what they regard as rubbish.

“Customers tend to respond to things that engage them on an emotional level, rather than visceral ‘call us now’ messages.”

Mr Watts said research had shown that there was “very little correlation” between media usage by advertisers and media influence, so law firms should think about their messages, rather than how many times people saw them.

Earlier in the day, Russell Atkinson, chief executive of National Accident Helpline (NAH), said: “There is a lot of change happening in the market and things are happening very quickly. Are we on top of all that? Probably not.”

Mr Atkinson said the proportion of NAH’s customers coming from digital channels had increased from 47% in 2011 to 88% in 2014.

He was honest about the failings of NAH’s previous branding efforts, which were optimised for TV, describing them as “unpopular”, with “nothing distinctive” about them.

“The brand does not drive activity, but it leverages memorability, so when you are being compared, people remember your name and ideally know something about you.”

Having rebranded with its well-known ‘underdog’ mascot, Mr Atkinson said he believed NAH was now the “most trusted and recommended” brand in the market.