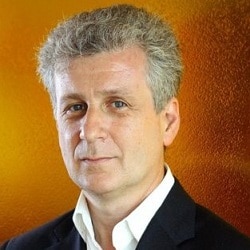 An online legal services platform for SMEs is offering its clients access to lawyers around the world following a “significant” investment from a City law firm, it has emerged.

Clive Rich, founder and chairman of LawBite, said he did not want to name the firm involved but the platform was already onboarding lawyers to offer services in the USA, Germany, France and Italy.

LawBite offers SMEs a combination of legal documents and precedents, contract review, and access to lawyers through its LawBriefs service, which became an alternative business structure in 2015.

Mr Rich said the City firm, which he described as “very innovative”, was not interested in being part of the management of LawBite.

He said the SME platform had until now had relied on crowdfunding and funding from individual investors, along with a boutique venture capital firm and an Isle of Man technology fund.

“For SMEs who need to be looking outwards post-Brexit, this could be quite a thing,” he said. “Previously they would have needed lawyers in each of the countries they wanted to reach and instructed them separately. Now we can offer them an international legal hub at LawBite prices.”

Mr Rich said that after Europe, Singapore and East Asia were next on the list in LawBite’s international expansion.

He said LawBite was expanding in another way, through partnerships with financial services and insurance companies with huge numbers of SME customers, including a global, US-based, payment provider.

Mr Rich said one of the impacts of the pandemic had been an increase in the number of subscribers to LawBite and the income they generated in terms of additional services.

A rise of a third this year in the revenue generated by subscribers has brought the percentage in terms of all kinds of revenue from them to almost half (48%).

Mr Rich said SMEs may on average face around eight legal issues a year, but the pandemic might have raised five of them “in quick succession”. The more legal issues businesses faced, the more likely they were to subscribe.

“We’ve educated SMEs as to the value a subscription represents. That education will stay with them.”

Mr Rich said LawBite had developed a free subscription package for start-ups, which would be launched next month, called Essentials. It would offer SMEs a combination of legal documents and a free monthly chat with a lawyer.

Essentials would be followed later this autumn by First, a paid-for subscription service to help start-ups in the first year of trading get the business on a solid foundation. Mr Rich said First was being piloted and would be “highly affordable”.

SMEs could no longer “go down to the high street and shake lawyers’ hands”, but they “need the law and they need it now”.

He said that, although Covid-related enquiries at LawBite had fallen from 20% to under 5%, there had been an increase in enquiries from new businesses.

Mr Rich said he expected that the normal annual number of start-ups in the UK of 400,000 to rise by almost half as a result of the pandemic, as people who had lost jobs tried to set up their own businesses from home.

“SMEs are incredibly resilient and trying to get on with it, however little support for them there has been.”

He said that after a “massive drop” in March, traffic on the LawBite website was now twice what it was in January.

He added: “In some ways, we’ve done the hard work. We’ve built the platform and created a community of SMEs and lawyers.

“Now we’re on a rapid trajectory. We’re onboarding insurance companies with tens of thousands of SME clients and we’re internationalising what we do for them. This is potentially a pretty good British success story.”