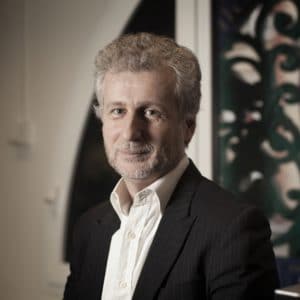 An online legal service aimed at small businesses yesterday launched its second round of ‘crowdfunding’ in less than a year, and is planning an alternative business structure (ABS) licence with a view to obtaining further equity.

LawBite, in its third year, had raised 15% of its £120,000 target by close of play yesterday, having only gone live on the CrowdCube website in the morning. The pitch has 56 days to run.

The online documents and advice service aims to offer “a low-cost and easy-to-understand service” to the UK’s 5m small businesses. Its prospectus predicts total sales of £9.7m and gross profit of £4.3m by the end of 2016.

About £240,000 was invested in the first 10 days, making it one of the most popular in the crowdfunder’s history.

LawBite’s founder and chairman, barrister Clive Rich, told Legal Futures that the business intended to spend its second tranche of investment on “judicious international expansion”, after having received enquiries on franchising the model in the US, Scandinavia, and India, among other countries.

He said: “Since we were last on CrowdCube we’ve had quite a lot of interest from overseas… Whilst I don’t want to take my eye off the prize in the UK, I think it would be very good for the company to show that it is a saleable proposition and that we can port it to one or two territories… [because then] it becomes an international company with greater prospects and a greater valuation accordingly.”

The investment would also be used to buy software that would enable LawBite to “integrate with other entities in the UK”, he added.

Yesterday the company also announced a deal to supply legal advice to , the government-funded organisation set up to distribute £140m of public money to start up companies.

Mr Rich said LawBite will apply to the Solicitors Regulation Authority for an ABS licence; this would “give us the freedom to develop the company and the way it is financed.”

Until the ABS comes through, LawBite’s legal advice offering is provided by North Star LLP, an entity located in the same building as LawBite in south London.

Since it was founded in early 2011, CrowdCube has raised over £16m in funding for 86 businesses.

At an event at Google’s Campus in London in November, the minister for skills and enterprise, Matthew Hancock, said about LawBite: “Some people say that lawyers are one of the most conservative of breeds and LawBite is challenging the whole legal profession with short and cheap and accessible legal advice.”

He continued that it helped “other insurgents by bringing down the cost of legal advice” and that “I have no doubt that it is exactly the sort of challenge that the legal profession needs”.

At the same event, Mr Rich said: “Lawyers have a bit of a reputation for over-complicating things, for not keeping things simple… [and for] overcharging… it’s really what switched me on to the LawBite opportunity.”

This story was amended on 20 January to reflect that LawBite has not yet made its ABS application.