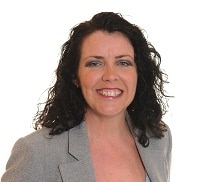 Fee income at SME law firms is on the up, but profits are not matching the growth, with staff and premises costs among the causes, new research has found.

It found a “dramatic growth in income” at London firms in particular, with “high-value project work… back on the desk” as corporate deals gathered pace.

Introducing the 2016 legal benchmarking survey by MHA, a network of accountancy and business advisory firms with 50 offices across the UK, Karen Hain, the head of its professional practices group, said there had been an increase in total fee income in all sized firms. However, a rise in the number of equity partners at the largest firms meant growth in income per equity partner had slowed.

Fee income per equity partner had “surged forward” in the last two years at mid-tier and larger practices. In the largest firms, income averaged £777,000, up from £751,000 last year.

Ms Hain cautioned that the rise in fee income had not translated into increases in net profit, due to recruitment, higher pay awards to retain current staff, and automatic enrolment pension schemes. She expected the pressure on staff pay to continue.

Another factor affecting net profits was the cost of premises, she said. A lack of IT investment suggested that firms were not grasping the nettle of changed working practices, such as embracing ‘hot-desking’, home working or paper-free offices.

Lock up – a combination of unbilled work in progress and debtors – was in general under better control but there was “still too much credit being given to clients”, she stressed. Better staff training on this point might help, she suggested.

Ms Hain said: “The economy has improved, with a direct increase in business in the property and construction sector. We have actually seen a shortage of lawyers in the property sector, as the demand for their services took off so rapidly…

“International business is generating more work, although this tends to be based in firms in the large city centres of London and Manchester. Our review has seen a dramatic growth in income in London based firms…

“Where we were concerned last year about what would happen to personal injury firms, we have seen many regenerate with new service offerings. New profit streams are expected to begin to flow in 2016.”

But she singled out criminal law practitioners as in for a hard time: “We expect 2016 to continue to be difficult for this sector.”

She predicted mergers were likely this year as an option for succession planning: “An ageing equity partner base is now seen as the norm, with younger partners being less willing to put their own assets at risk with an equity investment in a law firm.

“We have seen that mergers have been one way of mitigating this risk, and we expect this to further extend into 2016.”

Smaller practices did show some encouraging signs, the report said. Sole practitioners were the only size of firm to increase their net profit percentage – from 25% to 29% because of non-salary overhead savings and low lock up. Similarly, 2-4 partner firms spent the least on overheads, in part because they tended to spend less on premises than larger firms.

Continuing its theme of “bigger is not always better”, the report said firms with 11-25 partners showed the highest profit per equity partner, due to high fee income per fee earner, relatively low overheads and a high percentage of fee-earners among staff headcount. Firms in this size bracket also had the lowest lock up in the survey – at £30,000 per fee earner.