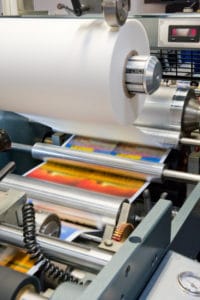 Print advertising: lawyers like it but it doesn’t really work

SME law firms are investing their marketing budgets in old-style strategies they know are often ineffective, rather than explore new technologies that are already taking hold in other sectors, according to research being launched at today’s PI Futures conference in Liverpool.

The white paper by leading marketing collective First4Lawyers also suggests that most decisions about where to invest marketing are made by senior management or the board without the marketing department’s input.

In any case, it found, very few firms take the time to properly track the effectiveness of their marketing activity.

The survey of 100 SME firms showed a disconnect between marketing strategies implemented and what actually worked, with “a reliance on using the tactics of yesteryear”, the company said.

Events, print advertising and word-of-mouth were three of the most popular marketing tactics used, but all were ranked among the least effective.

Social media engagement and paid search were seen as the second and third most effective marketing tactics, yet less than half of those interviewed were using them on a regular basis.

First4Lawyers said print advertising and marketing exemplified the problem. While most of those surveyed use it, only 7% cited it as one of their most effective marketing tactics, and almost 40% said it was not an important one.

Yet it said the legal sector has spent over £50m on print advertising over the last five years alone.

The report – Marketing in consumer law firms: Is it future proof? – found: “Some of it is misplaced comfort with tried-and-trusted methods but the main reason is simply that many of those surveyed are not either monitoring the effectiveness of their marketing activity or are not doing it in a structured manner.”

The survey found the median annual marketing budget of the firms surveyed as somewhere between £50,000 and £75,000. Spend does not always correlate to size: there are small firms with turnovers of less than £1m spending 10% of it on marketing.

Artificial intelligence, voice search, programmatic marketing and mobile marketing were already being embraced by various industries but there was a major knowledge gap which means the legal sector is proving to be a slow adopter, the research found.

Three-quarters of respondents branded voice search a fad and of no importance to them.

But First4Lawyers said this flew in the face of both what was already happening and what the experts predicted – by 2020, it is estimated that 50% of all searches will be done by voice.

Qamar Anwar, managing director of First4Lawyers, said: “The results of the survey make for sobering reading. At a time of ever-greater sophistication in marketing, too many law firms are relying on tactics that may have worked 10 years ago but no longer deliver results in the digital age.

“So, are law firms ready for marketing in 2020? Unfortunately, the outcome from our research suggests many aren’t even ready for 2017.

“However, the report shows how updating their approach need not cost a fortune – modern marketing technologies offer cost-effective ways of getting your message across in a targeted and personalised way that an advert in the local paper can never match.”