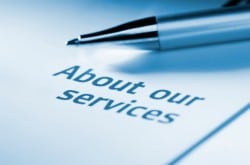 Most consumers do not believe national legal brands are cheaper

Small and medium-sized law firms “face the most threat” from new entrants and increased competition, a wide-ranging survey of the UK legal services market has found.

“Areas such as conveyancing, wills, and divorce are high-volume, low margin sectors that involve a large amount of routine legal processing,” researchers said.

“So these areas offer opportunities for commoditisation and economies of scale and appeal to some of the new larger players entering the market, as well as the larger established private client law firms looking to expand.”

Researchers found that general practices were the most likely to become alternative business structures. (ABSs) By September last year, there were 98 general practice ABSs, compared to 77 specialist law firms.

As part of the report, IRN commissioned a survey of just over 500 consumers, carried out in December 2014.

This found that only 38% believed that using national legal brands would be better than local firms because “the national brand is likely to be cheaper as it benefits from economies of scale”.

An even smaller proportion, 32%, believed that national brands would be “better resourced and more able to deal with any issue” than local firms.

However, consumers were more positive about online legal services, with 40% saying they would use them if they were cheaper than a traditional law firm.

A third of consumers said they would be prepared to represent themselves in court in an employment dispute, divorce or personal injury case, if it was cheaper.

Most consumers, 81%, said they believed the combination of legal aid cuts and increased court fees would reduce access to justice.

The report predicted the legal services market’s overall turnover would grow from an estimated £31.1bn last year, to £32.8bn this year and £34.7bn next year.

Researchers said consolidation in the market would continue in the next few years, with law firm numbers continuing to fall by “a few hundred” every year. Competitive and financial pressures would encourage more small law firms to consider a merger or purchase.

“There are some high street law firms using M&A to expand but more often it is a defensive measure rather than an expansionary one,” researchers said.

“The aim is to reduce costs and remove under-utilised staff to operate more effectively in the new legal market. Already we are seeing groupings of two or three law firms in the same high street or town coming together in a merger and IRN expects this trend to grow.”

The report concluded: “As economic and business conditions improve, and the structural changes and cost savings that many law firms and legal services introduced start to take effect, the outlook for the UK legal services sector is as good as it has been since the start of the downturn at the end of 2008.

“While market growth overall represents a good recovery from the difficult times between 2009 and 2012, it is still likely to be the larger firms that feel the benefit the most while many smaller firms will continue to struggle.”