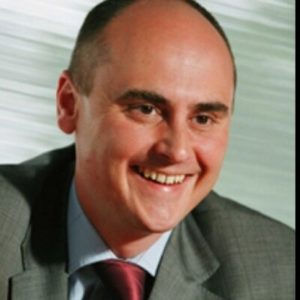 This year could see small and medium-sized law firms struggle to match the growth of 2014 and 2015 as business levels settle into a new, post-recession norm, a major survey by NatWest has suggested.

The bank’s fourth annual Law Firm Benchmarking report also said that partners should be asking themselves whether the profit they made in 2015 – an average of £111,000, up £4,000 on 2014, according to the research – was sufficient.

The report analysed the finances of 390 law firms with revenue of less than £35m and said: “Arguably 2014 was the first full year of sustained economic performance following the recession, and for many sectors, this stable environment and trend continued throughout 2015. This was replicated for the majority of legal firms, with fee income up by an average of 6% and profit per equity partner up by 8%.

“Over the last two years, the combined improvement for the average firm has been a 5% improvement in revenue per fee earner and a profit per equity partner improvement of 27%.

“Early indications suggest that 2016 could bring some performance challenge for many firms. Business levels witnessed in 2015 could be described as the new, post-recession norm, and many firms appear to be struggling to deliver growth levels achieved in the previous two years.”

The bank reported that delegates at conferences it held around the country last August mirrored these concerns. “While the underlying climate is still positive, there was a drop in confidence over firms’ ability to grow revenue and profits,” it recorded.

Steve Arundale, head of commercial professional sectors at RBS, said: “If doubts exist over the ability to drive up new matters, firms must consider the need to influence improved profitability via business efficiency and charge-out rates. This year’s findings suggest that average gearing is now 3.2x compared to 3.4x last year, highlighting the correlation between higher gearing and higher profits.

“The 8% improvement in average charge-out rates to £162 is a positive sign indicating that clients will accommodate an element of fee uplift. This suggests that firms may wish to revisit their rate cards and must look to improve recorded chargeable hours, which appear to be firmly stuck at 1,000 per fee-earner.”

The report, written by accountant Robert Mowbray, said that in some areas of the country, demand was exceeding supply for certain legal services, which meant that the downward pressure on price was starting to ease.

“Having said that, more firms have failed and entered into administration, and we’ve seen the first law firm to float in the UK. As the legal sector recovers, there could be cash flow problems for firms, as they’ll need more capital to finance their growing working capital requirements, assuming they don’t start to retain some of their profits.”

The report found that the more positive firms are now looking ahead and recognise that if they could increase fees by 10% to 15% without any real increase in expenses, “then most of the additional fee income would be profit leading to very healthy results”.

It said: “This will only be achieved through intense focus on fee-earner productivity, which will mean concentrating on better capture of time worked, getting smarter and more confident with fee arrangements and an improving ability to ensure clients don’t get nasty surprises over fees. Achieving these goals may require significant investment in training and systems.

The median profit margin remained steady at 24%, close to the long-term average of 25%.