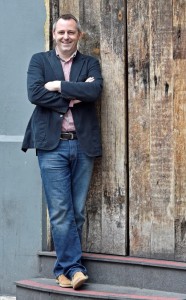 A lawyer comparison website aimed at SMEs is poised to begin an “aggressive growth” campaign to win market share, after securing substantial investment 18 months after it launched.

LawyerFair specialises in matching SMEs to a 50-strong panel of lawyers, who each have to sign up to a company ‘customer care charter’. It claimed to be the first UK service of its kind when it went live in October 2013, advertising itself as a “lead generation tool for firms”.

It has secured headline seed investment of £160,000, with a ‘follow-on option’ of further money that will meet the business’s plans for the next 12-24 months.

It then hopes then to move to a ‘series A’ round of investment – a term that refers to the first series of stock issued to venture capital investors before the common stock issued to company founders, angel investors, and so on.

Businesses post their legal requirements to the site and within 24 hours are provided with up to three proposals from panel lawyers. Clients can choose a lawyer based on their experience and price, and receive a free first consultation.

The £160,000 investment was led by Boundary Capital, alongside other investors including a private family office, a barrister, and Mr Stapleton.

Mr Weaver, LawyerFair’s chief executive, told Legal Futures that it had grown steadily over the past 18 months, but had not been “scaled to a large volume level”. He insisted the feedback from businesses using the services of panel lawyers had been “very positive”.

He acknowledged the seed investment would “go very quickly”, adding: “The immediate need for us is to get out there, to be much more high profile and essentially get our message out slightly wider and more aggressively than we have done previously.”

He added that the owners had been “pleasantly surprised” by the quality of some of the work that had come in. The firm had placed some “fairly substantial” legal procurement tenders and was “beginning to get a flow of that kind of pipeline work” that was beyond their initial expectations. Equally, some of the litigation work handled by the business was unexpected.

The volume of matters handled by LawyerFair was “certainly in the hundreds but it clearly tapers off as you get to the higher-level stuff”. He said the aim was to have a turnover above £1m within two years, “if not heading towards £2m”.

He said the initial aim to charge 5-8% of the value of the case – on a ‘no win, no fee’ type arrangement – had now become 10% “with one or two exceptions”. But he said the LawyerFair service was “very much a bespoke matching service and certainly for the bigger ticket work it’s not automated at all”.

Mr Weaver said the panel of lawyers was around 50, from 35 firms, and was invitation only, but stressed: “I don’t say that in an elitist way. It’s part of our USP, but we are always happy to talk to lawyers and explain a bit more about the process of how we select. It’s generally based on quite targeted geographic or legal sector expertise. It is a much more selective process than I think most [comparison sites] apply.”

He said LawyerFair had moved plans for client reviews away from public lawyer ratings. “I think the value people are looking for is not the morning-after, TripAdvisor-type review. The key is whether the shareholder’s agreement, or other document, had some teeth in it when you needed it, and I think for that reason… we don’t do the 4 out of 5-type scoring system

“What we will be doing eventually is going back six, 12, 18 months later and asking ‘did you need to use the document, was it of value?’ It’s that kind of long-term view that I think is much more relevant and valuable in this market space.”