Smart legal contracts “need the power of the human mind” 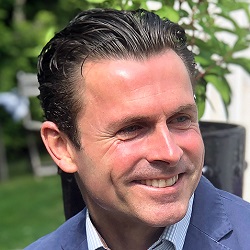 Powers: Contracts will no longer be static records

A company specialising in the creation of smart legal contracts (SLCs) has argued for a substantial human component to remain, at least in the immediate term, to ensure that contracts are legally enforceable.

Publishing a detailed review of the operation of SLCs from within LawtechUK’s sandbox initiative, digital contracts platform Hunit sought to distinguish them from other smart contracts, although both are based on secure distributed ledger technology.

By contrast, it argued, SLCs were “trustable, legally enforceable obligations with counterparty-neutral contract automation embedded in the legal agreement itself”.

It observed that, rather than an agreement expressed entirely in code, a hybrid was preferable, which combined self-executing code with natural language sections.

The company believed this model would both meet concerns raised by the Law Commission about the compatibility of SLCs with existing legal frameworks and the Solicitors Regulation Authority’s view on solicitors’ regulatory obligations.

The review acknowledged this distinction may not always apply: “The world at large is not (yet) fully interconnected via structured data and the subjective ability for a human to determine when and if certain events have occurred is indispensable.”

However, it concluded: “In practice, a fully compliant application of SLC technology makes ample use of human input, where the technology instead serves to inform, facilitate, and structure human input to the completion of the agreement.”

That is, “SLC technology structures human input so as to accentuate its benefits and minimise its associated risks”.

The review suggested a “model for the practical and compliant digitalization of legal instruments that, instead of attempting to eliminate the role of human input, serves to maximise its efficient use.”

It continued: “The human mind is as yet indispensable to the safe, efficient and compliant execution of legal agreements. Its intellectual flexibility and ability to decipher complex and novel situations has no parallel within the technical sphere.

“By basing an SLC’s enforceability on the legal authority of the courts rather than on code, SLC technology is able to harness the power of the human intellect in ways that are unavailable to smart contracts and, by extension, the decentralised financial sector.

Aaron Powers, Hunit’s chief executive and the review’s lead author, said: “We hope this report highlights to solicitors, judges, policymakers, and enterprises that we are at the dawn of the era in which contracts no longer serve as static records of legal agreements but are active participants in the fulfilment of them.”