‘Smart contract’ technology with blockchain “will change the structure of deals” 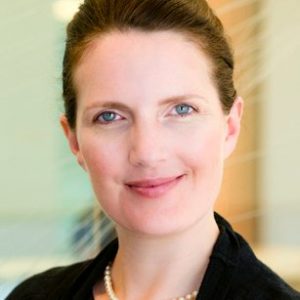 A pioneering commercial law firm is offering computer coding training for its lawyers and clients to teach them how to create ‘smart’ contracts, an emerging technology predicted to have a profound effect on the future structure of corporate deals.

The firm has also reported a growth in the recruitment of computer-literate lawyers who also have a scientific or technical background – the breed of “lawyer technologist” forecast by legal futurologist Professor Richard Susskind.

Gilbert and Tobin (G+T), a 65-partner practice with offices in Sydney, Melbourne and Perth, launched the training as part of a lawyer education initiative under its innovation brand G+T<i>.

Smart contracts are computer-based contracts that are expected to replace traditional paper contracts. They are based on encrypted blockchain technology, the database which underpins digital currencies such as Bitcoin.

Blockchain has a ‘distributed ledger’, with blocks of data that record every transaction in constantly updated, decentralised software that resides on multiple computers. When a transaction is conducted on the blockchain, it is disseminated to the entire network, so preventing third parties from manipulating the ledger.

The technology’s proponents argue tamper-proof smart contracts have the potential to greatly streamline financial transactions and speed up international trade. A simple example is a self-executing contract that automatically releases payment held in escrow to a seller once goods have been received by an overseas buyer.

Lawyer Simon Gilchrist, G+T’s head of innovation, who joined the firm as a paralegal 26 years ago, explained to Legal Futures that the courses on smart contracts were taught by an “international expert” whose services have been bought in. They were aimed at giving participants the chance to get practical experience with smart contracts.

He said: “We have been looking at blockchain technology and smart contracts for quite a while now. Smart contracts were around before… but have come into their own with blockchain.

“You have to get your hands dirty creating prototype smart contracts. Lawyers and clients want to know what they look like…

“One thing that might not get picked up with smart contracts is that they are far more than just automation; they are capable of a lot more and potentially they will change the structure of deals and the roles the parties play.”

Petra Stirling, G+T’s head of information strategy, also a lawyer, said the firm was increasingly recruiting tech-savvy lawyers: “We are noticing and driving a process by which a lawyer and a technology specialist are one and the same.

“We’re certainly experiencing a significant uptick in recruitment of lawyers who are also technical specialists or who have STEM-based [science, technology, engineering and mathematics] degrees in addition to law, who want to be part of an organisation that is looking at the blockchain technology emerging field.”

However, even lawyers from traditional backgrounds were showing an appetite for learning about the technology, she said, making the courses “extremely popular”

She continued: “Even for our lawyers who have been in practice for some time and don’t come to the law with a STEM background, we are providing opportunities for them to explore and develop and build applications that makes them able to look for those opportunities with our clients.”

In addition to training focusing on blockchain and smart contracts, G+T runs IT seminars known as ‘code in a day’ and ‘code in a lunchtime’ for its lawyers and clients.

In January the firm held a 24-hour hackathon with Westpac Bank’s legal and secretariat team. More than 50 lawyers and technology specialists were involved, with the aim of delivering “working prototypes to assist Westpac’s in-house legal team to deal with recurring and often time-consuming requests”.

In the UK, last month Barclays Bank in London announced it was developing a blockchain-inspired smart contract template. A prototype of the application was based on a distributed ledger platform developed by global banking consortium R3, of which Barclays is one of nine member banks, set up to develop blockchain technology.