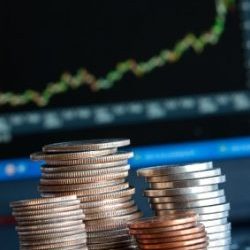 On the up: Firms target growth

The proportion of smaller law firms saying that growth by merger or acquisition is more attractive following the pandemic has increased sharply, a report has found.

Meanwhile, nine out of ten firms are confident about their future, despite the cost of living crisis – the same level that researchers recorded in 2019.

The LexisNexis 2022 Bellwether report, Transformation Troubles, found that a fifth of law firms believed the pandemic made growth by merger or acquisition more attractive, an increase of 7% on the previous year’s finding.

Researchers said this aligned with the pattern for larger law firms, where almost half were considering mergers and acquisitions.

When asked to think ahead five years, two-thirds of firms said organic growth remained the priority, with 16% planning to grow through mergers and acquisitions.

Despite the challenges of higher costs for businesses and families, confidence among smaller firms remained remarkably high, at 91%. This was only 2% lower than last year and back to the same level as 2019.

The report was based on responses from 345 law firms, surveyed in March this year, of whom three-quarters had 20 partners or fewer.

However, the most commonly cited threat to smaller law firms was keeping their working practices and systems up-to-date (81%), followed by keeping on top of changes in the law (78%).

The increasing cost of professional indemnity insurance (PII) was cited by two thirds – it also loomed large on the list of significant operational cost pressures over the last 12 months, coming second behind increased salaries and ahead of technology.

When asked if insurance costs increased last year, 45% of respondents agreed and only 10% disagreed. The rest did not know.

The most popular change initiatives, either implemented or planned, were website development (63%), employing more lawyers (62%), increased investment in tech (60%) and developing a social media strategy (55%).

Job satisfaction among lawyers was high, with an average rating of seven out of 10, while stress levels were almost as high, at six out of 10 on average.

Two-thirds of respondents said they got a “real buzz out of practicing the law”, while 90% said business skills were increasingly important to succeed in the law and only 39% feeling that: “If I was starting again, I wouldn’t go into law.”

Seven in 10 firms said their firm was adapting well or very well to the challenges of hybrid working. Only 6% of firms said they had lost business because of remote working.

Rakhee Patel, author of the latest Bellwether Report and senior marketing manager at LexisNexis, commented: “It is wonderful to see that the industry has found its feet again after such a challenging period.

“But with continued challenges with recruitment and business generation, firms must be open to embracing new technologies so that they can survive, grow and thrive.”