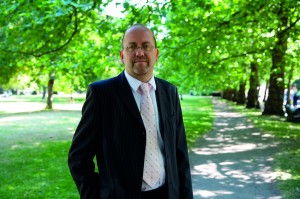 Smaller claims management companies (CMCs) have been hit hardest by market changes such as the ban on referral fees, it has emerged.

The Claims Management Regulation Unit (CMRU), based at the Ministry of Justice, said the changes had been caused by a combination of the civil justice reforms, bans on referral fees and cash incentives and the cuts in Road Traffic Accident portal fees.

“One year on from the referral fee ban and related reforms, we have started to see the impact of these reforms, particularly on the smaller, locally-operated CMCs,” the CMRU said in its annual report for 2013-14.

“Over 1000 CMCs left the personal injury market, after they were unable to adapt their business models to make them compliant, and/or generate the same income.

“The medium-to-large sized personal injury CMCs were better able to adapt their models and most had already taken steps to do so before the reforms came into effect.”

“Some of the smaller CMCs which had managed to adapt their business models to make them compliant have been much less reliant on income from personal injury claims and have focused more on other accident management services including vehicle hire, recovery, storage and repair.

“We anticipate that this sector will continue to contract in 2014/15 as last year’s reforms continue to have an impact.”

However the CMRU said the financial products and services sector, dominated by the PPI claims market, remained similar in size to the previous year with just over 1,000 companies.

“With PPI claims appearing to have reached their peak between spring and autumn 2012, turnover in this sector was notably down from 2012/13.

“This impacted mainly on the 20 largest CMCs which hold a significant market share – over 50% of the total reported turnover.

“In an attempt to adapt to the changing market some of the larger CMCs, as well as some small to medium-sized CMCs, began scaling down their businesses, with some ceasing or outsourcing some functions such as marketing or claims processing.”

Kevin Roussel, head of claims management regulation, said the most significant addition to the CMRU’s armoury was likely to be a new power to fine companies for rule breaches.

Mr Roussel said the measure, currently awaiting parliamentary approval, would “extend the toolkit of enforcement actions available to us to sanction poor conduct by CMCs with much more precision, power and proportionality than ever before”.

He went on: “As the industry continues to shrink in size and in volume of business, we will be working even harder to ensure the unit operates as efficiently and effectively as possible, to maximise the compliance outputs from what is likely to be diminishing cash resources.”

New applications for authorisation by the CMRU fell by almost a half, from 544 to 227.

The unit, which increased its staff by almost 50% during the period of the annual report, made just over 1,000 ‘advisory visits’ to CMCs. The previous year they made just seven.