Smaller may be better to thrive in new legal world, report suggests 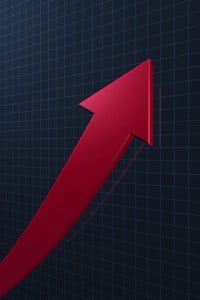 On the way up: firms confident of growth

Small firms and sole practitioners may turn out to be the stars of the legal services revolution, according to a survey which today claimed it has identified among them a new breed of successful and entrepreneurial lawyer.

The Brave New World bellweather report, commissioned by LexisNexis’s Business of Law blog, interviewed 170 solicitors and found many were thriving. Significantly more than last year were confident about their futures and nearly two-thirds believed the UK was on its way out of recession.

About half of those surveyed were from small firms, with an average size of six to seven fee-earners, and the other half were sole practitioners. Some 82% said their current practice compared to three or four years ago was either stable or growing, in roughly equal measure.

The researchers said they had identified a “successful new breed of entrepreneur” among the interviewees, whose practices were experiencing faster growth than the average. These “dynamic independent lawyers who are really shaking things up” shared characteristics, such as having previously worked in a large firm, operating in a limited liability structure, and  claiming to be entrepreneurial when asked.

Combined with this observation, the researchers reported that in general they had noticed a “stark shift” towards positive views of change and that the lawyers they interviewed “felt that traditional mind-sets were the key barrier to progress, including the belief that success is almost a right”.

Strikingly, just 7% of the lawyers interviewed “would dream of swapping their independence for a larger firm”, despite six out of ten of them having come from large City or mid-tier firms. This was particularly true among sole practitioners, the survey found.

The interviewees appeared to be well-equipped for the new legal landscape. Two-thirds of them said their firm’s culture was to some degree “actively embracing change” and more than two-thirds enjoyed “managing the business side” of their practice – slightly more than agreed they “got a real buzz” from practising law.

Top methods of building their businesses chosen by the interviewees were smarter use of technology, networking and marketing, which the report described as “the holy trinity”.

But the survey flagged up obstacles, explaining why 76% agreed with the statement that it was “much harder to make a good living out of law”. More than four in ten agreed that they had to “constantly evolve”, “up their game” and have “a clear strategy for business direction”.

The lawyers were frank that they face major practical hurdles. The top concern was compliance, a significant challenge for 78% respondents, followed by attracting new business (75%) and keeping up-to-date, both with industry changes and within their practices, and changes in area-specific legislation (71%).

The survey noted that exit plans had been put on hold during the recession and that more than half of those interviewed considered this to be a “significant challenge”. Even among those aged 50 to 60, only a quarter had exit plans in place. A key reason given for putting off retirement plans was the cost of professional indemnity insurance (PII).

Around four out of ten agreed that obtaining PII was increasingly difficult and the cost was “rising steeply”. The average hike in premium costs last year was 20%, forcing about one in six to change insurer against their will. The report’s authors said: “These worrying figures look set to continue to plague independent legal practitioners, unless we see a significant shake-up in the approach of the insurance industry to smaller firms.”

Jonathan Whittle, LexisNexis’s market development director, said the small firms sector was “indeed encountering a brave new world” adding: “It is a new breed, a new generation of lawyers hungry for success that are driving this new world and driving industry change.”