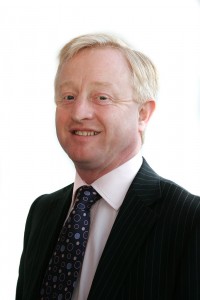 Many small and medium-sized law practices expect alternative business structures (ABSs) to affect them directly, with a third saying they could merge with another firm and one in five likely to seek external funding and/or bring in non-lawyer owners, a survey has found.

But the annual benchmarking survey of the Law Society’s law management section (LMS) revealed little appetite for merger with non-law professional practices such as accountants. Also, fewer than one in ten firms felt it likely that they would attempt to join a group or network such as QualitySolicitors, Connect2Law or Local Law in the next few years.

In its 13th annual financial benchmarking survey, the LMS consulted 166 of its 1,200 LMS member firms, most with between two and 25 partners and with a total fee income in 2012 of almost £1bn between them. About one in six firms said they were “fairly likely” or “very likely” to sell their practice to a third party if the opportunity arose.

Chris Marston, head of professional practices at Lloyds TSB Commercial – which sponsored the survey – described the income and profit growth figures as “really impressive”. He added: “But the measure I like best is the profit after deducting a realistic notional partner salary and notional interest on partners’ capital. The resulting ‘super profit’ – or, to be blunt, real profit – has grown to almost 8% of fee income, from last year’s 4.5%.”

As in last year’s survey, there was a wide gulf between fee income per equity partner in the most profitable and the least profitable firms.

This gap was replicated in the results when broken down by legal specialism. The top 25% of earners in personal injury and clinical negligence enjoyed fee income of £1.1m compared to £385,000 for the bottom quarter. Similarly in residential property the top and bottom earners brought in £883,000 and £310,000 respectively.

Almost a third of income was spent on non-salary overheads, the survey said. While the median amount per fee-earner has remained almost static at about £37,000, average salary costs for fee-earners and support staff have risen, meaning that an average fee-earner must bill £85,000 “before they cover their individual costs and begin to contribute towards support staff salaries and eventually profit”.

The importance of gearing on profitability was again indicated starkly in this year’s findings. There were more than six fee-earners per equity partner in the most profitable firms of all sizes – rising to 7.3 in firms of 11-25 partners – compared to a range of between 2.5 to 4.2 fee-earners per equity partner among the lowest performers. Meanwhile, the number of support staff per fee-earner remained steady at 0.61 between 2011 and 2012.

The survey’s authors – accountancy firm Hazelwoods – observed that low bank base rates “continue to have a huge impact on the majority of practices”, although it found that interest receivable had continued to rise. In 2012 interest income grew by 20% on top of a 16.5% increase in 2011. But “we are still nowhere near the levels of interest income that we saw five years ago”, they added.

Law Society president Lucy Scott-Moncrieff attributed the growth in income to good management: “There’s no one-size-fits-all approach that will help firms emerge from the recession or adapt to tough market conditions facing the sector, but for many law firms, a robust management system underpins their success.”