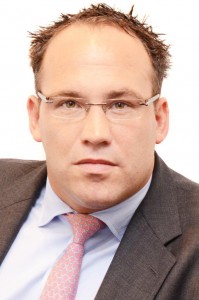 Small law firms have been saving up to 25% on their indemnity insurance premiums following the arrival of a new insurer from Qatar, broker Lockton has said.

The annual renewal date for many law firms passed last week, and Brian Boehmer, partner specialising in professional indemnity at Lockton, estimated that QIC Europe – which was targeting law firms with one to 20 partners – may already have taken a 5% share of the market.

He said that unlike previous new entrants to the market for small firm insurance, many of whom were unrated, QIC was A-rated.

“The claims environment is improving, and although the severity of claims has not changed, the frequency has gone down.

“Now could be a good time for insurers to enter the market place. The economy is improving, and banks and other lenders have imposed much stricter lending criteria.”

QIC Europe, set up at the end of the last year, is a subsidiary of Qatar Insurance Company. It entered the solicitors’ indemnity market in the spring.

Mr Boehmer estimated that the average saving made by firms in securing indemnity deals this year at around 10%, but some had saved up to 25%. He said this would not apply to those firms already benefiting from “wonderful claims records”.

He said that some larger law firms may have had to pay more in premiums, but less as a proportion of their increased earnings.

He cited cyber crime as one of the biggest threats to the market and would influence what happened in the future if insurers had to pay out larger sums of money as a result.

Mr Boehmer added: “Some of our clients chose not to go with QIC Europe because they were themselves new entrants to the legal market. People like stability, and this year more than ever firms were trying to stay with their existing insurer.”

Those firms unable to find cover have now entered the extended indemnity period, giving them an extra month to secure insurance.