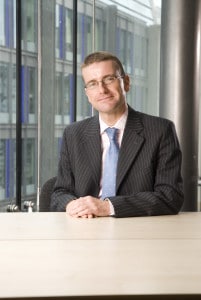 Crisp: reforms will not improve profession “in any way”

Small law firms have the most to lose if a Solicitors Qualifying Examination (SQE) is introduced as it may downgrade the value of being part of the profession, a leading legal academic has warned.

Anthony Bradney, professor of law at Keele University, said solicitors had not always enjoyed a good reputation, nor been regarded as “high-level” professionals.

“Reputations are very hard to win and easy to lose,” he said. “SQE, if it is introduced, could be a way in which solicitors very rapidly lose their reputation.”

The professor said the reputation of magic circle law firms was unlikely to be damaged, because clients went to them because of who they were, rather than because they were solicitors.

“It is small firms, high street firms, that have the most to worry about, particularly now, when it is quite possible to approach barristers directly. Would you prefer to see a barrister with very high qualifications or a solicitor with SQE?”

Professor Bradney was speaking at a debate, organised by the think-tank Politeia, on the SRA’s training reforms and in particular its plans, announced at the end of last year, to introduce the SQE [2].

Under the plans, solicitors would no longer need to be graduates and the minimum period of on-the-job training could be reduced from the current two years.

“That must I think result in a diminution of the reputation of solicitors in this country and abroad.”

Professor Bradney said he did not believe that “objective questions” in an exam could “test the quality of legal debate at graduate level or the ability to take part in it”.

He predicted: “What it will lead to is crammer courses – short courses which are cheap and enable you to pass the SQE.

“It will be an additional cost, which will put off some people from entering the profession, but that’s the reality.”

The professor said it was vital for any regulator to produce not only suggestions and ideas, but the evidence on which their suggestions are made.

“Review and reform is one thing. Throwing everything out and saying you’re going to start again with a completely new system, when you haven’t even decided what it is yet, is a very curious way in which to work.

“It is only justifiable where there is very clear evidence, and the SRA has not produced that evidence.”

Peter Crisp, chief executive and dean of BPP University Law School, said he believed the SQE would cost at least £3-4,000.

“I see nothing in these proposals that gives me confidence that they will increase access and diversity in the profession. They are better suited to those with the bank of mum and dad behind them.”

Mr Crisp said the current system was “broadly fit for purpose”, although “small-scale changes” could lead to improvements.

He said the SRA’s reforms would not “improve or make the profession better in any way”, though they would make things easier for the regulator.

“As it is the current system requires fewer qualifications than other jurisdictions. The UK is already a light touch. The SRA wants to dumb it down further, so that all you’re required to do is two tests, and that’s it.”