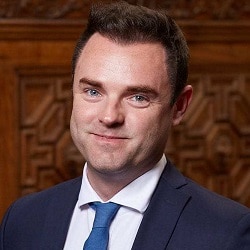 It is wrong to suggest that ‘Chinese walls’ set up by small law firms to prevent confidentiality breaches will “never be effective”, a judge has ruled.

His Honour Judge Hacon, sitting in the Intellectual Property Enterprise Court, acknowledged that there was “a higher risk that an information barrier in a small firm will be less developed and therefore less effective than one in a large firm”.

But he continued: “It does not follow that a disclosure barrier in a small firm can never be effective. It depends of the facts.”

HHJ Hacon was ruling on an application for an injunction by the claimants in a claim for infringement of a registered design to prevent the defendant’s solicitors, Virtuoso Legal, from acting in the case, because they had previously acted for another company similarly sued by the claimants.

It launched proceedings against Dartington Crystal, represented by Virtuoso, for infringement of a registered design of a whisky glass in September 2018. This action was settled in January 2019 following mediation.

In November 2018, Glencairn launched the current action against Final Touch, for infringement of the registered design and also infringement of an EU trade mark for a whisky glass and for passing off.

Virtuoso acted for First Touch too and, by the time of the Dartington mediation, decided it would not be appropriate for the Dartington team to be involved in the Final Touch litigation, and set up an information barrier.

Philip Partington, who led the Dartington team, emailed Glencairn’s lawyers, Stobbs IP, stating that he and his colleagues would not be acting for Final Touch and a Chinese Wall had been implemented.

Stobbs considered this to be “inadequate” and doubted whether “any set up between the Dartington and Final Touch teams at Virtuoso could be effective”. Stobbs asked Virtuoso to cease to act for Final Touch, which it refused to do.

HHJ Hacon said counsel for Glencairn argued that there was a risk that confidential information might be passed by Virtuoso to Final Touch.

Among other reasons, this was because Virtuoso was a “small firm” and Elizabeth Ward, principal of Virtuoso, was “likely to have been privy to this confidential information”.

It was argued that the Dartington team may have discussed the earlier litigation with colleagues, and one of its members, who had now left Virtuoso, worked on both cases.

Although the Dartington team was based mainly in the London office of Virtuoso, one of its lawyers was based in Leeds, the firm’s other office and the location of the Final Touch team.

The judge accepted Ms Ward’s evidence that none of the team working for Final Touch had “any knowledge” of the confidential terms of the settlement.

“The likelihood of any confidential information at all being passed to Final Touch is very low,” HHJ Hacon said.

“It may also be that any prejudice caused to Glencairn would only be significant if the entirety of the settlement agreement were disclosed and I believe that to be extremely unlikely, to the point of being fanciful.”

HHJ Hacon said that said there would “without doubt” be prejudice to Final Touch if the injunction was granted preventing Virtuoso from acting.

“The prejudice may not be great but would be of some financial substance and the working relationship with Virtuoso would be lost.”

He accepted that, in a small firm, regular contact between lawyers on each side of the Chinese wall was “likely to be inevitable” and one of the reasons why the risk in a small firm may be greater.

He disagreed with the comments of the then Mr Justice Neuberger in a 2000 case that “the fewer people are subject to the barrier, the less likely the barrier is to be crossed”.

This view was “probably borne of careful guesswork”, whereas the suggestion by the authors of both the SRA Handbook and the The Solicitor’s Handbook 2017 that there was a greater risk of inadvertent disclosure in a small firm “is likely in both instances to be the product of experience”.

HHJ Hacon continued: “But it also seems to me to be likely that all individuals are highly aware that nothing should be said about the Dartington litigation. The fact of this application having been made may well have made that understanding even more acute.”

He went on: “Ms Ward has explained that the Final Touch team cannot access the Dartington documents.

“Although Virtuoso does not run a completely paperless system, the Dartington litigation is now at an end so I have no reason to believe that there will be many, if any, new documents created on that subject or that they will be created in hard copy to which the Final Touch team will have access.

“I am satisfied that the likelihood that any confidential part of the settlement agreement will become known to any of the Final Touch team is very low.”

HHJ Hacon concluded that the balance of justice was in favour of refusing the order sought by Glencairn. He dismissed the application.

Mr Partington said: “This is an interesting decision for lawyers and also business across the UK, as it illustrates the importance of confidential information and the need to set up information barriers in certain circumstances…

“Now that this decision is public, it gives guidance for others in a similar position. However, it also serves as a stark reminder that litigants can choose their own lawyers, but not those of their opponents.”