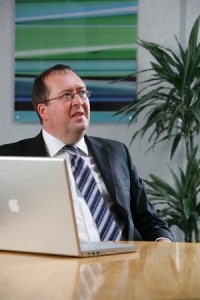 Some partners in small law firms are charging £50 per hour – only £10 more than the lowest paid fee-earners, a survey has found.

In a number of firms equity partners actually took home less money than salaried partners and fee-earners despite risking their own capital, the research by Cheshire-based accountants Booth Ainsworth revealed.

Gary Cook, head of the firm’s professional practices team, said: “Increasingly, firms are facing the challenge of high-performing fee-earners wishing to remain in salaried, non-ownership positions, rather than take on the risks and responsibilities of becoming a principal for potentially limited extra rewards.”

The financial performance of the firms in the past year was generally strong, with 56% reporting net profit growth of more than 10%. Only four firms reported a net loss.

Mr Cook said this was probably the result of an improving economy “together with the benefits of costs savings and efficiency measures put in place by many firms during the recession.”

“Of course, published charge-out rates may be little more than academic if write-offs are high and/or fee-earners fail to accurately or completely record their time spent.”

Mr Cook said there was a balance to be struck between rates where were set “too high and may put clients off” and those which were “too low to enable a firm to be rewarded” for their efforts.

The highest charge-out rate for partners was £340 per hour, and £295 for fee-earners.

The group of smallest firms by fee income paid the highest salary to non-partners – £100,000. The firm that paid this amount released only slightly more in profit share to equity partners – £107,000.

More than 56% of firms increased their median net profit this year by more than 10%. However, median net profit per equity partner was slightly down on last year, with the smallest firms reporting a decrease of 0.3% and the largest 0.4%.